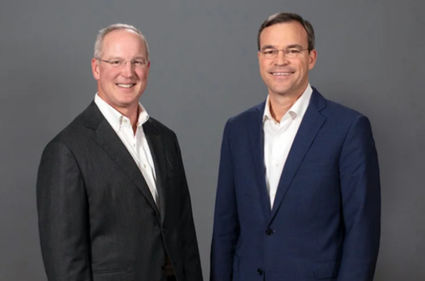 CenterState Bank and South State Bank have announced plans to merge, with John Corbett of Winter Haven to serve as Chief Executive Officer. Their combination will create a leading Southeastern-based regional bank with a market value of approximately $6 billion.

The combined company will operate under the South State name and trade on the Nasdaq stock market using the South State ticker symbol SSB. The company will be headquartered in Winter Haven, and will maintain a significant presence in Columbia and Charleston, SC, Charlotte, NC and Atlanta, GA.

According to their public announcement the combined company with over one million customers will be positioned to be a higher performance financial institution with approximately $34 billion in assets and $26 billion in deposits serving 18 high growth markets in six southeastern states. The merger creates the 8th largest bank headquartered in the southeast and the cost savings and enhanced scale are expected to drive growth and improve profitability.

"We have known and admired Robert and his team for over a decade, and we believe our two organizations are an outstanding fit," Corbett said. "Combining these two high-performing teams will allow us to build an even stronger company together."

Hill said: "We are excited to partner with CenterState. We have a great respect for John, the management team and the company CenterState has built. This is a great combination of cultures, which will create tremendous value for our shareholders."

The merger is expected to close the third quarter of 2020. Under the terms of the agreement, CenterState shareholders will receive a little over three-tenths of a share of common stock in the combined company for each share of CenterState common stock they own. CenterState shareholders are expected to own approximately 53 percent of the new company. The combined company will have more than 300 locations in Florida, Alabama, Georgia, North Carolina, South Carolina and Virginia.

"Both companies were built on the same founding principles of relationship banking and investing in the communities we serve. It's the commitment to these values that made us the strong and successful companies we are today and these values will guide us in the future," according to the announcement.

For more information, including details of how the banks plan to ensure the transition is smooth for customers, see the combined banks' website at https://bankingforward.com/