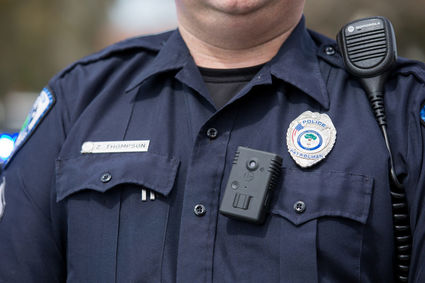 The president of the newly formed Lincoln Community Development Corporation is calling for Lake Wales police to start wearing body cameras to document interactions with suspects and the general public.

Attorney Sara Jones said she also would like to see police get more training and make a stronger commitment to community policing to enhance relationships with citizens, especially in the northwest community.

Jones said she is seeing a growing distrust between residents of the northwest section and police and some residents are actually afraid to voice their concerns publicly. Jones has been looking into recent allegations by African Americans who claim police have used excessive force, intimidation and even ignored a serious threat of violence against a citizen who went to police for help.

Jones said she was disappointed with the Dec. 5 meeting she mediated between city officials, police and representatives of the Lake Wales Elks Lodge, who claimed police intimidated their club members by showing up in force to a club event. She said Elks officials made several concessions, but she didn't see any commitment from city and police officials to mend fences and open up communications with Elks leader Terry Christian and his organization.

"I think that there is a trust issue on both sides, especially between the residents of the northwest section and law enforcement in Lake Wales," Jones said. "People are actually afraid of the police."

Police Chief Chris Velasquez said he is committed to building positive relationships between police and citizens and while he doesn't think body cameras are the answer he will continue to examine the potential benefits and costs. Regarding the complaint that an officer didn't take a violent threat seriously, Deputy Chief Troy Schulze said all supervisors have reviewed the written threats statute with their officers to make sure proper procedure is followed in the future. The family obtained injunctions and police revisited the original complaint and issued an arrest warrant for the suspect, a convicted felon, who was picked up in Ohio.

Fields expressed concerns about not only the cost but the ability to store a large volume of body camera footage and retrieve videos, most of which would become part of the public record.

Jones said she isn't asking the city to reinvent the wheel, that many police agencies are effectively using body cameras. She said the state attorney for Orange and Osceola counties, where she has served as both a prosecutor and defense attorney, has found body cameras to be a useful tool in court proceedings.

"If an agency decides to utilize video technology, it must be prepared to deal with the record keeping compliance requirements and redaction of constitutionally and statutorily protected information contained on the video," Haas said. "It must also have a system in place that can adequately manage, store, copy and transmit the video to other court system components."

City Commissioner Curtis Gibson said Palatka Police Capt. Matt Newcomb told him body cameras have dramatically reduced complaints against police officers once citizens were told there was footage available of incidents. He said Newcomb is a strong proponent of body cameras and even offered to come to Lake Wales and share his experiences.

"Body cameras actually can help protect police," said Gibson, who completed the South Florida State College Police Academy and earned an associate's degree in criminal justice. Gibson does not work in law enforcement but says he is a strong supporter of police.

A March 2019 report from the Center for Evidence-Based Crime Policy at George Mason University noted the drop in citizen complaints they found after reviewing 70 empirical studies of the effects of body cameras. In May Fields shared an online article about the university study with Velasquez, noting "I thought you would find this interesting." The article can be found at https://www.governing.com/topics/public-justice-safety/gov-body-camera-effects-research-gmu-study.html

The article said the vast majority of the studies reviewed show that officers wearing body cameras receive fewer complaints against them than those not being recorded.

It noted: "The reasons for that remain unclear. It's possible that officers change their behaviors, leading to fewer complaints. But officers have suggested that citizens are less likely to file unfounded complaints when they know incidents are recorded.

According to the study's co-author, Cynthia Lum: "Officers are liking body-worn cameras more and more because they see it as protection against frivolous complaints."

Lum noted that while one of the main goals of body cameras was to increase the public's trust of police, the research shows that hasn't happened: "It's likely that body-worn cameras alone will not be an easy panacea for improving police performance, accountability, and relationships with citizens."

Use of body cameras is growing nationwide. A Bureau of Justice Statistics survey reported 47 percent of general-purpose law enforcement agencies had already acquired the technology as of 2016, and studies consistently show that officers' views of the cameras improved over time as they began using them. 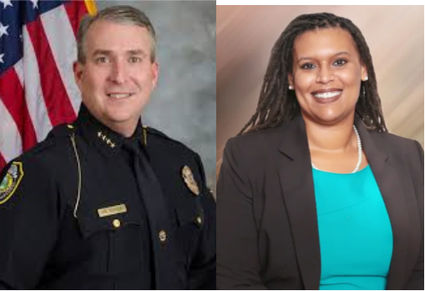 Jones said concerns about the cost of body cameras are outweighed by the benefits.

"This is not a radical point of view as it's probably going be made to seem," Jones said. "A video is evidence of whatever really happened. It helps you do your job seeking punishment for those in violation of the law."

Commissioner Al Goldstein at the Jan. 21 meeting expressed concerns that recent issues were creating the potential for a racial divide within the city. Goldstein committed to working closely with the northwest community and seeking advice from Jones and the Lincoln Community Development Corporation, who were better equipped to determine local sentiment and identify citizen concerns.