Back from Iraq, Army Capt. Vacha to Read to Children Jan. 29 at YMCA 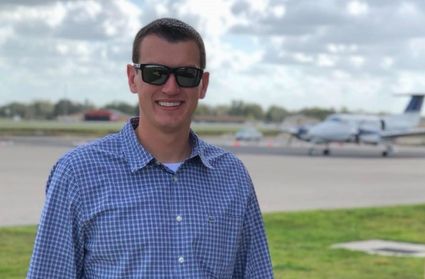 U.S. Army Reserve Captain Alexander Vacha will soon be returning to his post as the director of the Winter Haven Airport, but first he has an important engagement to keep with a class of preschool students at the Lake Wales Family YMCA.

Dr. Marc Hutek, CEO of the Coalition, said is thrilled to have the special guest coming to read.

"We're so glad to be able to have such an outstanding individual take time out to come and read to our children," said Hutek. "Captain Vacha is a great example of a true American hero."

Vacha will be coming to read Eric Carle's book, "Rooster's Off to See the World" as part of a statewide simultaneous reading activity scheduled for 9 a.m. Wednesday, Jan. 29. He will be reading at the Lake Wales Family YMCA located at 1001 Burns Ave. as part of an agenda of activities planned for the 2020 Celebrate Literacy Week, Florida.

Vacha grew up in Indian Rocks Beach and later followed his passion for aviation graduating from Embry Riddle Aeronautical University in Daytona Beach. He was then commissioned into the United States Army Reserve as a UH60 Black Hawk pilot and is currently assigned to G Company, 5th battalion of the 159th Aviation Regiment in Clearwater. He served as manager of the Lake Wales Municipal Airport from April 2016 to February 2018.

Vacha recognizes the importance of early literacy emphasizing that his communication skills were important not only for the success of his military missions but also for life in general.

"The ability to read effectively is the base tool for everything we do," said Vacha. "Early literacy is a key component to a student's success. I am very excited to be a part of this reading with the students in Lake Wales Family YMCA.

"I actually hold a current professional teaching certificate in Florida. Getting to step back into the classroom is right up my alley."

Much like the book's theme, Vacha left his local comfort zone to see other parts of the world like Iraq, and sometimes it wasn't safe serving his country over 6,800 miles away. He was deployed to the Anbar Province in Iraq last February logging 126 combat flight hours, completing 27 MEDEVAC missions. Six days after returning from the Anbar Province the news broke that his base, Al Asad had been bombed. 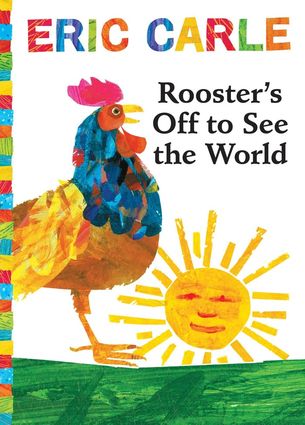 "MEDEVAC is a unique mission in that you're constantly waiting for the unknown," said Vacha. "In a split second, you go to finding out who is hurt, how badly, and where they are. Your heart is racing as you grab your equipment and sprint out to the helicopter to start up as fast as you can."

Vacha says he is now glad to be back in the United States and will be returning to his career as the director of the Winter Haven airport. When he arrives on Wednesday, he'll be walking in wearing his U.S. Army uniform but being in the midst of children will be a welcome relief.

It will provide a more tranquil setting than the past several months for Captain Vacha and he is mindful of the importance of education and community.

"Looking back at my time in Iraq, I realize how fortunate we are to live in America," said Vacha.