Honoring the Importance of Newspapers

(On the First Anniversary of LakeWalesNews.Net) 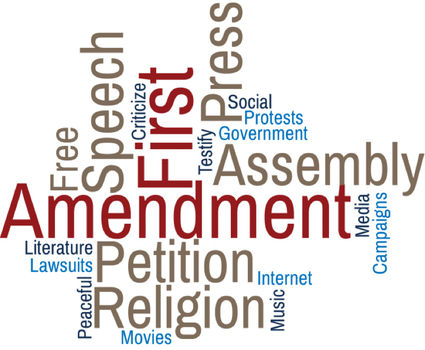 In Law School, one of the first things we learn is why our U.S. Constitution and the Bill of Rights (the first ten Constitutional Amendments ratified in 1791) is critical to the United States. The First Amendment to our U.S. Constitution guarantees Freedom of the Press. This right was so important that it is in the First Amendment! Freedom of the Press is critical to our U.S. way of life; it plays a vital role in informing citizens about public affairs, monitoring the actions of the government and preventing the government from interfering with people sharing information.

Newspapers themselves are not new. Johann Carolus (1575-1634) was a German publisher of the Relation; it is generally recognized as the world's first newspaper[1].

Carolus published Relation in Strasbourg, which had the status of a free imperial city in the Holy Roman Empire. Carolus was born in 1575 to humble beginnings. He was the son of a priest. Young men at that time often learned a trade by becoming an apprentice. He made an apprenticeship as a bookbinder. That led him to work as a bookseller and a scribe. Because of his job as scribe, he held good relationships to postmen and traders, what helped him later to create the Relation in 1605.

Assuming Relation was the first newspaper, then what is a newspaper. It can be defined by the criteria of publicity, seriality, periodicity, and currency or actuality (that is, as a single current-affairs series published regularly at intervals short enough for readers to keep abreast of incoming news).

America's first continuously-published newspaper, the Boston News-Letter, produced its first issue in 1704. John Campbell, a bookseller and postmaster of Boston, was its first editor, printing the newspaper on what was then referred to as a half-sheet of paper.

Today, print and online newspapers remain viable as a readily available source of information for much of the population of the United States. They have survived the times of the telegraph, radio, and television.[2] They have flourished with the invention of the Internet. Newspapers are read by 62% of our population.[3]

Newspapers have traditionally served as a forum for society to digest, discuss and deliberate topics of the day. They help mold our conception of the world and society around us, and are capable of acting as tools of social control [4]. Matters and the details published or omitted as well as where it is placed in the paper by editors or printers, has the power to effect change, shape opinion, and reinforce ideas [2].

Whether reading a newspaper in a printed form or via this digital era, newspapers surely remain a critical source of information and forum for intellectual discourse. Without them, the US would be a different place. I applaud the LakeWalesNews.net for it's first year in publication, and hope it will thrive in years to come!

Ms. Cynthia C. Rignanese of Rignanese & Associates, PLLC practices law in Lake Wales, Tampa and Winter Haven. Since 1991, she has been saving people in Central Florida time, trouble and money on their wills, trusts, real property, and business matters. She can be reached at 863.294.1114 or via http://www.RignaneseLaw.com.