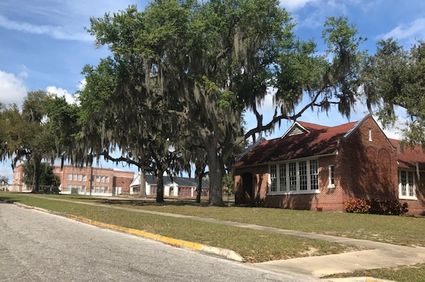 Lake Wales city commissioners in their role as the Community Redevelopment Agency authorized the city manager to explore the possible sale of the 1919 school property to the Lake Wales Charter Schools to become the permanent home of Bok Academy North. But commissioners raised several issues they want resolved during negotiations.

Deputy Mayor Robin Gibson left the room during the discussion to avoid any ethical conflict since he serves as legal counsel for the charter system. Commissioner Curtis Gibson, who serves as vice chairman of the CRA, ran that portion of the meeting. He expressed his support for education of all children in Lake Wales, but said he wanted to make sure the city was getting a fair price and other programs in nearby city buildings weren't disrupted.

The property in question, valued by the Polk property appraiser at $1.2 million, includes about 4.72 acres between Third and Fourth streets and three buildings – the 1919 two-story school building called Hardman Hall, the cafeteria and the elementary building which now houses the Boys & Girls Club.

City Manager Ken Fields recommended an immediate one-year lease of the property to the charter schools for $1 per year so they could move forward with plans, but commissioners wanted more of the details ironed out before making that commitment. He said the city will obtain an independent appraisal.

Commissioner Terrye Howell said she wants what's best for the city and the students, but past experiences have caused her not to trust the truthfulness of the charter school system. She took the lead in identifying potential concerns, including parking, traffic and any impact locating Bok Academy North on the property could have on the Boys & Girls Club, the Lake Wales Little Theater and Kirkland Gymnasium. She expressed her displeasure with the urgency of the decision and unanswered questions since "they had two years to figure things out."

City Commissioner Al Goldstein said he supports moving forward with the project but isn't convinced the city should offer the one-year lease.

Fields said the charter schools needed a commitment so they could begin preparing the school site for the 600 students expected in the fall. Bok North will be adding 200 sixth graders to the 400 who will be rolling forward into the seventh and eight grades. The school is currently from First Baptist and First Presbyterian churches, but that lease expires in June. 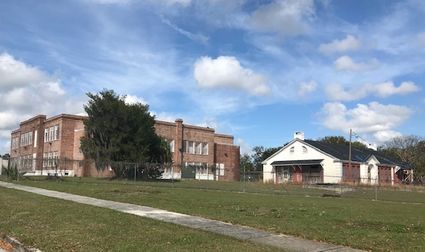 Oguntola said he himself grew up attending a Boys & Girls Club and he would be sensitive to making sure they would be accommodated. Boys & Girls Club Director Curtis Reddick said he was willing to move, but would like 3-4 months to make the transition. One possible location is the James P. Austin Center on Dr. Martin Luther King Jr. Boulevard.

Oguntola assured commissioners that the Bok North charter calls for admission of any Lake Wales student who applies before the deadline. In the past concerns have been raised about students from Winter Haven and other communities outside Lake Wales being admitted to charter schools while Lake Wales children were bused elsewhere.

Fields said city staff will continue negotiations with the charter schools, work out unresolved issues and bring a recommendation back to the CRA.