The Fight For Women's Right to Vote 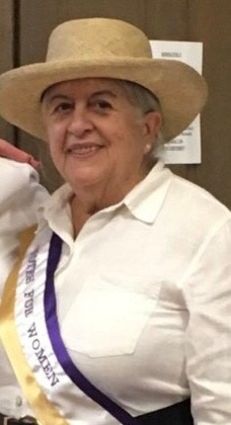 "Don't forget to be a good boy and help Mrs. Catt put the 'rat' in ratification."

So were the words of the note that Tennessee Representative Harry Burn's mother had tucked in his pocket that fateful day of Aug. 18, 1920. The note inspired him to cast the tie-breaking vote, assuring the ratification of the 19th Amendment.

Finally, a 2/3 majority of states had ratified the amendment and after more than 70 years of enormous personal suffering and sacrifice by countless women, Universal Women's Suffrage had finally come to the USA.

Many of us find the names Elizabeth Cady Stanton, Sojourner Truth, Alice Paul and Susan B. Anthony, vaguely familiar. Yes, these leaders of the movement, which officially started at a Convention in Seneca Falls in 1848, were courageous leaders, but the real heroes were the thousands of nameless women who took up the cause.

No longer willing to be content with letting their fathers, brothers or husbands determine their fate, they rose up in protest for self-determination. Tired of being denied educational opportunities, property rights, a decent wage and divorce rights because of their sex, these women took action.

They lobbied legislators with petitions, picketed the White House, organized protest parades, advocated with speeches, went on hunger strikes, and performed many acts of civil disobedience to call attention to their cause. As a result, they suffered ridicule, legal fines, incarceration, and in many cases physical abuse in order to bring attention to the need for women to be able to vote for government officials and programs that would meet their pressing need for equality under the law.

Although there were a few men who sympathized and worked alongside the women, the power over every aspect of a woman's existence was not easily abandoned by the majority of men in government or in the personal lives of these brave women.

Suffragettes who were jailed were fed spoiled food and forced to endure unsanitary conditions. In many cases, they were beaten and shunned by family in the process. Some women had their children taken away from them. Many lost their jobs and their marriages as they fought on. It was a fight won at great expense to many of our foremothers.

As we women, and the men who love us, go to the polls this year and exercise this hard-won right to vote, perhaps we might reflect on the high cost paid by the Suffragettes to secure this right.

What would we have done, if we had lived in the time before its passage? Can we acknowledge that there are still issues, like the lack of equal pay for equal work, that continue to exist in this country? 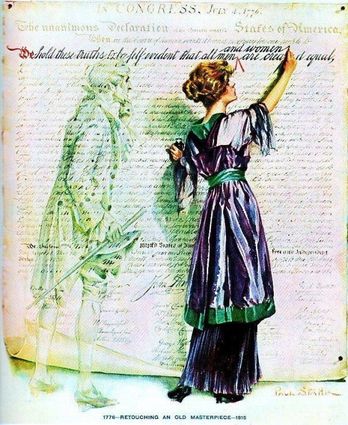 Perhaps it is time to ask ourselves if we have the stamina and courage required to continue working toward women's equality and self-determination. Perhaps, on the Centennial of the Passage of the 19th Amendment, it is our time to honor the occasion and take action.

Juanita Zwaryczuk, holds a Master of Arts degree from Stony Brook University and currently resides in Lake Wales, Florida. Juanita presents on the topic of "The Fight for Woman's Suffrage" for the League of Women Voters of Polk County through their Speaker's Bureau. She can be reached at [email protected]