City Commission Candidate Greg Massey Might Be Ineligible to Run 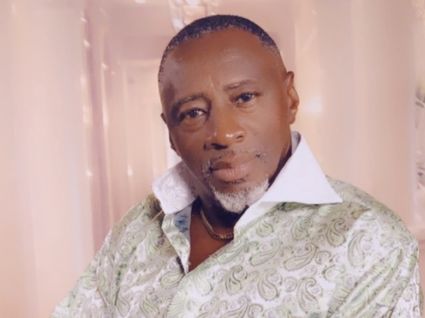 Greg Massey says he won't withdraw as a candidate for Lake Wales City Commission despite the likelihood he is ineligible to run because he never had his voting rights restored after felony convictions for second degree murder and armed burglary.

"As it stands right now, until the supervisor of elections says I can't run, I'm moving ahead," Massey said.

The city charter requires candidates to be registered voters and city residents for at least one year. Massey, 56, moved to Lake Wales 15 years ago from Miami while on probation after serving about eight and one-half years of a 10-year sentence reduced on appeal. His probation ended in July 2009.

When Massey registered to vote on Jan. 14, 2019 he checked a box that said, "I affirm that I am not a convicted felon, or if I am, my right to vote has been restored." Providing false information on a voter registration application is a third-degree felony, with maximum penalties of $5,000 fine and/or five years in prison.

While Florida voters in 2018 approved a constitutional amendment to make it easier for felons to restore their voting rights, those convicted of murder or a felony sexual offense were excluded. The restoration of their right to vote, sit on a jury or hold public office can only be obtained through application to the Florida Board of Executive Clemency. Massey said he applied in 2009, but an official from the Board's Florida Commission on Offender Review confirmed that as of March 5, 2020, Massey's civil rights had not been restored.

Polk Supervisor of Elections Lori Edwards said when her office was informed of the possible problem with Massey's voter registration she reported it to the Florida Division of Elections for review. She said she has requested that they expedite their review since the election is set for April 7.

"I have the sense that the State Attorney's Office is looking into this, but they would not share any information with us," Edwards said. "Ultimately the City of Lake Wales will make the final determination as to the qualification of candidates and seating of commissioners."

Massey told at least two people, including his opponent, incumbent City Commissioner Terrye Howell, that the State Attorney's Office had contacted him about possibly withdrawing from the race. Howell said Massey told her he was "in it to win it" and had no plans to withdraw because he had "done nothing wrong."

Assistant State Attorney Jacob Orr said he could not comment on whether his office is conducting a criminal investigation of Massey, noting: "If the Supervisor of Elections determines that fraud has occurred, the allegation can be submitted to this office for prosecution."

Orr said his office has prosecuted fraudulent voter registrations in the past and is prepared to do so again, "However, please be aware that such a prosecution does not remove a charged individual from the ballot. Again, that responsibility lies with the City Clerk."

Lake Wales City Clerk Jennifer Nanek said Massey has not approached her about withdrawing and she would seek advice from Edwards if that happens. It is already too late to remove Massey's name from the ballot, but state law has procedures in place to post signs at polling places if a person withdraws or is ruled ineligible to run for office.

Howell has been a city commissioner since 2005 except for one year when district boundaries changed and her seat was not up for election. She said she is frustrated at having to ask for donations and run a campaign with the likelihood her opponent may be ruled ineligible. "I don't know why it's taking so long when everything is on the computer now. I'm just waiting on the official word, yes or no. I'm just going on about my business. I don't know what's going to happen."

Details of Massey's actual crimes were not immediately available. Miami-Dade court records show Massey was first arrested in January 1996 and charged with first degree murder, armed robbery and armed burglary. He was 32 years old at the time of his arrest. Massey was acquitted on the armed robbery charge and convicted in 1998 of second-degree murder and armed burglary. His original sentence for the murder was life without possibility of parole and he got 10 years for the armed burglary. His murder sentence was reduced to 10 years on appeal.

"I didn't kill anybody. That charge was based upon the fact that I knew something and didn't tell," Massey said. "If you have knowledge of something the state of Florida will charge you just as if you've done that crime.

"I knew about it. The guy who did it is still in prison. There were four people involved. They found me guilty. My case was reversed on appeal. I took a plea to the 10 years."

Massey said 95 percent of black suspects will enter a guilty plea for a lighter sentence when faced with life in prison without the possibility of parole.

Massey first lived in Lake Wales in 1981 with his grandfather, Irving Massey, and returned 15 years ago after living in Miami. Massey said he owned Massey's Meats on Lincoln Avenue from 2007-2009 and then a bar called Massey's Place from 2009-2012. He said he currently owns a trucking business.

Massey said he started attending city commission meetings in 2004 and is running to be the "people's voice." He claimed Lake Wales police harassed him over a roll-up door when he operated his bar. He was arrested and found guilty after pleading no contest to a misdemeanor public nuisance charge related to the door but not prosecuted on the felony charge of having the bar's roll-up door open inward, a public safety violation. His most recent dispute with the city came in December when the city demolished a house he had purchased and planned to renovate.

"Running now has nothing to do with the house. The house is gone, it's not going to come back," Massey said when he announced his candidacy. "This is not about me. It's about the citizens of Lake Wales that are crying out. I want to make sure the people's voice gets heard. Let's make Lake Wales great again. We are really losing and way behind."