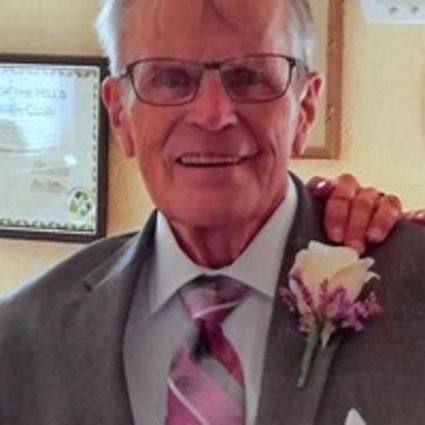 He was born May 30, 1934 in Hamburg, WI to the late Pastor Herman and Lilly Schedler. Gene grew up in Hamburg, WI where he attended the Maple Grove one room schoolhouse. He then attended Concordia Lutheran College in Milwaukee, WI where he completed his high school and two years of college. Gene joined the U.S. Air Force after college where he proudly served during the Korean Conflict. He came to Lake Wales from Thiensville, WI in 2016. He was a retired Aviation Electronic Supervisor for Delco Electronics in Oak Creek, WI. He enjoyed wood working and his passion was making comfort crosses that spread throughout the world. Gene also enjoyed golfing, bowling, and would tinker with anything. He was an avid Milwaukee Bucks and Brewers fan, as well as a Green Bay Packers fan. Gene loved nature and strolling through Bok Tower Gardens, going to the Silver Sneakers class at the Lake Wales YMCA and exercising in his pool. He was a member of the Lake of the Hills Club and an active member of the Grace Lutheran Church in Winter Haven where he participated in Bible studies.

Family will receive friends from 10 a.m. until the funeral service at 11 a.m. Friday March 13, 2020 at the Grace Lutheran Church in Winter Haven with Rev. Charles T. Reich officiating. Luncheon will follow the service at the church. Interment will be held at the Lake Wales Memorial Gardens. Marion Nelson Funeral Home in Lake Wales is handling local arrangements.