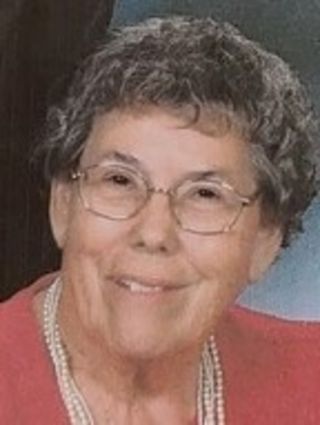 Louise A. Sheffer, 88, of Lake Wales went to be with her Lord and Savior on Thursday, March 12, 2020 at Lakeland Regional Medical Center.

Born on June 26, 1931 in Crestline, OH in her grandparent's home, she was the daughter of the late Frank and Mary (Gearhart) Yaichner. She graduated from Crestline High School and Mansfield Business College located in Mansfield, OH. She worked at the Mansfield General Hospital and Neese Insurance both in Mansfield; and the former ITT-North Electric Company in Galion, Ohio. She was the office manager and worked in the parts room of the Sheffer Service Center until retiring.

She is survived by one daughter and son-in-law, Mary and Larry Morton of Bucyrus, OH; four sons and daughters-in-law, Donald and Diane Sheffer of Burlington, KY; Mark and Brenda Sheffer of Lake Wales; Kenneth and Jennifer Sheffer of Owensboro, KY; and Gary and Cindy Sheffer of Greensboro, NC; nine grandchildren, and 13 great grandchildren.

Louise is a member of the First Church of the Nazarene in Winter Haven,where she was secretary for the Joy Sunday School Class for over 30 years. She had previously attended the Nazarene Church in Lake Wales where she taught Sunday School, was the Junior Church Director, and Bible quiz instructor. Recently she has led ladies Bible study in Indian Lake Estates. Louise enjoyed spending time with her family and friends; camping; playing Skip-Bo and other games; gardening, sewing, crocheting, and reading. She enjoyed the companionship of her rat-terrier "Precious".

Visitation will be held from 9 a.m. until the funeral service at 10 a.m. Thursday, March 19 at the Marion Nelson Funeral Home in Lake Wales. Burial will take place at Florida National Cemetery in Bushnell.