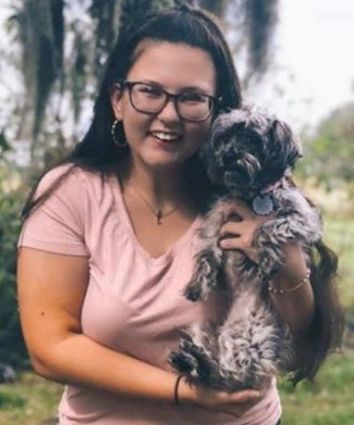 She was born January 9, 1998, in Walterboro, SC to Stephen Todd Kinard and Ginny Marie Castle. She has been a resident of the area for 18 years, moving from South Carolina.

KT was preceded in death by her father Stephen Todd Kinard, paternal grandparents, Jerry and Gale Kinard and her fur-baby, "JoJo", who passed with her.

Due to current recommendations by the CDC, a private family service is scheduled and will be webcast live at 11 a.m. Friday, March 27, 2020. Marion Nelson Funeral Home in Frostproof is handling local arrangements.

Interment will be at Kinard Cemetery in Lodge, SC under the direction Herndon and Sons Funeral Home in Walterboro, SC.