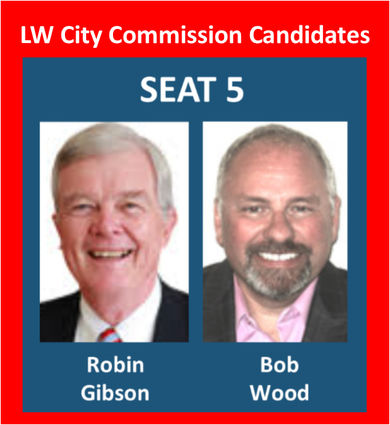 Vote by mail ballots must be received in the Polk Supervisor of elections Office by 7 p.m. Tuesday to be counted. Results will be posted online at http://www.polkelections.com

Overall turnout might be lower this year due to the impact of the COVID-19 virus scare and a ballot with only one race to be decided. Campaigning has been dramatically curtailed due to social distancing guidelines. But that could result in larger vote by mail numbers as more choose that option instead of going to the polls on Tuesday.

In 2019, 1,275 or 70 percent of those who voted chose the mail-in option while 538 voted on election day at the polls. Those who normally vote at the Lake Wales city administration building will vote Tuesday at the James P. Austin Community Center, 315 Dr. Martin Luther King Jr. Blvd. The second polling place is in the clubhouse at Lake Ashton. Those unsure about where to vote can do a precinct look up online at http://www.polkelections.com.

Hosted by Rotary on the Ridge, the Lake Wales Arts Council and LakeWaleNews.net, the only candidate forum for the 2020 city election was broadcast on Facebook Live and posted on You Tube. The professional video produced by Williamson Photography of Lake Wales can be accessed at https://www.youtube.com/watch?v=muAVjoGtVhs&fbclid=IwAR2hXF0_w8F6GsRLZoiPC_4Zt6pZ5nN5PsYSTLroFh7jZqK6poosp2LhykU