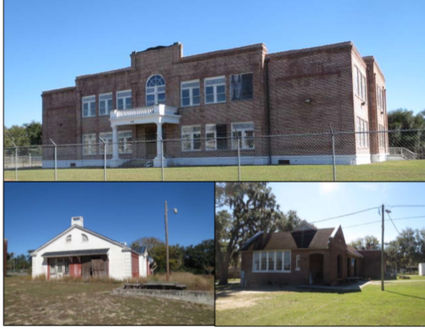 The Lake Wales Charter Schools system is offering to buy the city's old high school property north of Seminole Avenue for $575,000 to turn it into a permanent site for Bok Academy North.

The City Commission in its capacity as the Community Redevelopment Agency (CRA) will consider the proposal at an April 14 meeting.

Due to coronavirus concerns the meeting will be held online beginning at 6 p.m. via video teleconference and live streamed on the city's website at http://www.lakewalesfl.gov.

Public comments may be submitted in advance or during the meeting through an online form at http://www.lakewalesfl.gov/comments.

The charter system at a February CRA meeting expressed interest in purchasing the property. Bok North has been serving about 400 sixth and seventh graders in rented space owned by the First Baptist Church and First Presbyterian Church. The leases expire in June and the school needs space for 600 students in the fall, an estimated 200 new sixth graders plus about 400 rolling up into seventh and eighth grades.

The property in question includes about 4.72 acres between Third and Fourth streets and three buildings – the 1919 two-story school building called Hardman Hall, the 1940 cafeteria and the elementary building at the bottom of the hill, which now houses the Boys & Girls Club.

The charter school system is asking the city's CRA to finance the purchase for 20 years, interest-free, making the annual payment $28,750, the equivalent of less than $3,000 per month.

If the purchase goes forward, the charter schools expect to invest between $7 million and $8 million in the campus to create about 30 permanent classrooms, according to Alricky Smith, chief financial officer for the charter system.

"We're going to do our best to bring that campus back to life," Smith said. "The attempt is to have the architect match everything that is currently there, red stucco and red brick."

Smith said the improvements would be made in four phases: First, an estimated $250,000 renovation to create six classrooms in the 7,000-square-foot Boys & Girls Club building; Phase two would be a $1 million restoration of the 4,300-square-foot cafeteria building; Phase three would be construction of a $4 million instructional hall with 18 classrooms; and Phase four, during the 2021-22 year, would be a $3 million renovation of the 1919 building, which would house 11 classrooms and an auditorium in the two-story, 24,672 square-foot structure.

The 1919 building was partially renovated with historic preservation grants, but Smith said it, "may take more time. We don't want to rush that project. We want to do it right, do it nice.

"A lot of work's been done to it; however, we would like to focus our resources, our energy as well as our money on what we know we can go ahead and get built."

Alricky said while the school would need to serve most students in portable classrooms the first year, the plan is to have the new instructional hall ready for the 2021-22 year.

While the Polk property appraiser values the property at $1.2 million, the city obtained two independent professional appraisals – one came in at $310,000 and the other at just over $1 million. Deputy City Manager James Slaton said he believes the higher appraisal significantly underestimated the costs to renovate the buildings, so he believes the $575,000 the charter schools are offering is a fair price.

Slaton said the Boys & Girls Club has agreed to relocate to the city's James P. Austin Community Center on Dr. Martin Luther King Jr. Boulevard. The Austin Center actually will offer almost double the space and more recreational opportunities, he said, noting the city would retain ownership of the building and continue renting it out to community groups on Saturdays and Sundays.

The Kirkland Gymnasium and Lake Wales Little Theatre buildings would not be part of the sale and Bok North would be expected to share its parking with them during non-school hours. The charter school system also may want to lease two vacant lots south of Seminole Avenue for temporary classrooms or additional parking during facility renovation, Slaton said.

City Manager Ken Fields in February recommended an immediate one-year lease of the property to the charter schools for $1 per year so they could move forward with plans, but commissioners wanted more of the details ironed out before making that commitment. Now Fields is recommending a quick sale so work can begin to prepare for a fall school opening.

Originally, in 2017, charter school officials asked the city to donate the school site, which wasn't possible because of competitive bid requirements when a city disposes of property. Subsequently the city transferred the property to its CRA, which has more flexibility.

CRA Chairman Robin Gibson, a city commissioner and vice mayor, excused himself from the February meeting to avoid a potential ethical conflict since he also served as the charter schools legal counsel. Since then Gibson has resigned from the charter system so he could publicly advocate and vote on the property sale.

"When you see a historic building that has become derelict and there's an opportunity to put it back in service for its original purpose you just don't want to lose the opportunity," Gibson said. "It's the best thing for the community and the economy." 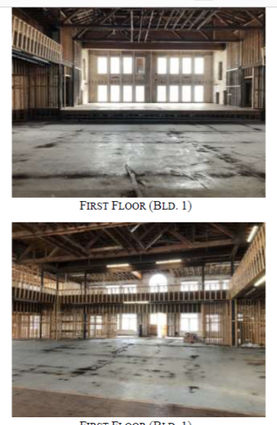 The charter school system opened the original Bok Academy in 2008 on property on south U.S. 27 purchased from Warner Southern College (now Warner University) for $2.62 million. The sale included about 10 acres of property and three buildings totaling about 35,000 square feet. To accommodate high demand and the desire to have a charter middle school option in the heart of Lake Wales, the charter system opened Bok Academy North in the fall of 2018 with about 200 sixth graders, then added seventh graders for the 2019 year.

Principal Donna Drisdom said many Lake Wales residents who attended school at the old site are nostalgic about the historic buildings and have expressed support for the property housing a school again.