What If It Was Your Son? 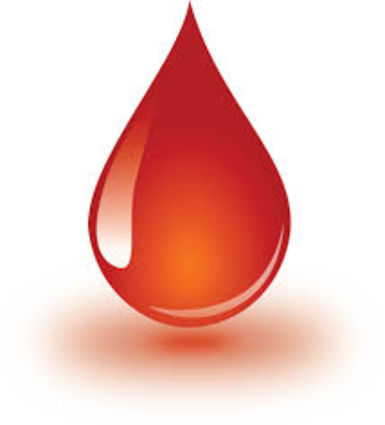 Due to a deadly virus, one with a 100% mortality rate, governments have secured the services of the world's most prominent scientist to find an antidote. Many ideas have been brought forward, but none were successful.

The government has declared a State Of Emergency. Laboratories were being set up throughout every city, and at which time the civil service siren sounded, residents of that community were to come to the laboratory in their community to be tested; scientists were looking for someone, anyone, who had not been infected.

This went on for a few months. Then it happened. They had found one who had not been infected with the virus. A father who had brought his son to be tested, along with everyone else, was called to a room where he was told that his son, not having been infected, was the only hope for mankind. The father was told that they would need the un-infected blood to make an antidote. The father readily agreed to allow them to draw his son's blood, and asked, "How long before his son would be back to normal?" The room fell somber as it was explained that, because the donor was so young, they needed ALL of his blood. The father had a decision to make, would he allow them to take all of his son's blood, bringing certain death to his son, but by doing so provide the antidote for save mankind? What would you do?

The father agreed to the request. He explained the situation to his son who considered the cost and willingly accepted to give his life for the sake of others.

The doctors withdrew the blood. The boy died. The world was saved.

In honor of the boy's sacrifice, a day was set aside to honor him. At first, everyone attended the appointed time of commemoration, but as time passed, folks forgot about the boy's sacrifice and spent their time doing other things. The father, as you can imagine, became very sad, upset even, at the disrespect and lack of love for his son who died that they might live. Can we blame him? What if it was your son?

Friend, the Word of God declares that every person born into this life is born with a "virus" a sickness that leads to certain death. It is called sin. God the Father gave His Son. Jesus shed His blood, so that through His death man might live. Many today show no reverence for Him. Even many who have been saved, having had His blood applied, show no real commitment or love for Him. What about you?

1 Who hath believed our report? and to whom is the arm of the Lord revealed?

2 For he shall grow up before him as a tender plant, and as a root out of a dry ground: he hath no form nor comeliness; and when we shall see him, there is no beauty that we should desire him.

3 He is despised and rejected of men; a man of sorrows, and acquainted with grief: and we hid as it were our faces from him; he was despised, and we esteemed him not.

4 Surely he hath borne our griefs, and carried our sorrows: yet we did esteem him stricken, smitten of God, and afflicted.

5 But he was wounded for our transgressions, he was bruised for our iniquities: the chastisement of our peace was upon him; and with his stripes we are healed.

6 All we like sheep have gone astray; we have turned every one to his own way; and the Lord hath laid on him the iniquity of us all.

7 He was oppressed, and he was afflicted, yet he opened not his mouth: he is brought as a lamb to the slaughter, and as a sheep before her shearers is dumb, so he openeth not his mouth.

8 He was taken from prison and from judgment: and who shall declare his generation? for he was cut off out of the land of the living: for the transgression of my people was he stricken.

9 And he made his grave with the wicked, and with the rich in his death; because he had done no violence, neither was any deceit in his mouth.

10 Yet it pleased the Lord to bruise him; he hath put him to grief: when thou shalt make his soul an offering for sin, he shall see his seed, he shall prolong his days, and the pleasure of the Lord shall prosper in his hand.

11 He shall see of the travail of his soul, and shall be satisfied: by his knowledge shall my righteous servant justify many; for he shall bear their iniquities.

12 Therefore will I divide him a portion with the great, and he shall divide the spoil with the strong; because he hath poured out his soul unto death: and he was numbered with the transgressors; and he bare the sin of many, and made intercession for the transgressors. - Isaiah 53

Michael Wilder is pastor of New Life Baptist, which meets at 428 Linden Lane in Lake Wales. Service times are 6 p.m. Sunday evenings and on the first and third Tuesday of each month at 6:30 p.m. Wilder can be reached at 606-465-3097.