Bells of Bok Tower Ring Out in Hope 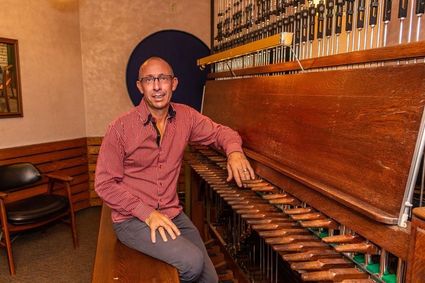 One year ago April 15, a devasting fire broke out at Notre Dame Cathedral, nearly destroying the iconic destination. The cathedral's bourdon bell (the largest bell) was rung for the first time on the one year anniversary as a symbol of resiliency and support for the French frontline health workers.

In tandem with this message of hope, Bok Tower Gardens' Carillonneur Geert D'hollander rang the Singing Tower's Bourdon 10 times and then shared his performance of "La Vie En Rose" in support of the bell ringers of Paris. The concert was captured on video and shared with social media audiences.

D'hollander has been playing weekly to what he calls "a live audience of squirrels," since the Gardens closed on March 13. These concerts are broadcast through Facebook Live and YouTube.

Viewers have been watching around the world, and the virtual shows are reaching larger audiences than the traditional daily face-to-face concerts.

Virtual performances are scheduled for 3 p.m. on Mondays, 1 p.m. on Wednesdays, and an interactive "Name That Tower Tune" show at 1 p.m. on Fridays.

International viewers from as far as Australia, Brazil, Norway, Scotland, the Bahamas, and more join local fans. For those not on social media, a live stream is available on the Bok Tower Gardens website.

"If we can't get people here, we have to get this beautiful music to the people," said D'hollander. "Music joins us all together. We are now gathering in new ways, and I want to make our virtual carillon concerts special to those isolated at home."

Bok Tower Gardens will be celebrating the 50th Anniversary of Earth Day April 22 with concerts celebrating birds and wildlife.