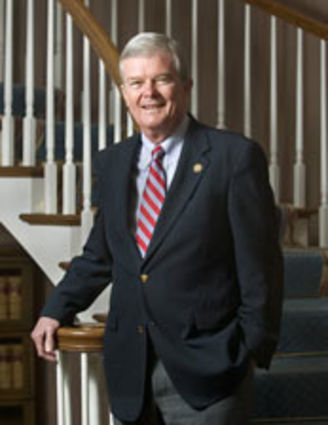 The University of Florida has announced plans to honor attorney and Lake Wales City Commissioner Robin Gibson for a lifetime of exceptional accomplishments related to his law career and his support for education.

An Evening of Excellence presented by the College of Liberal Arts and Sciences at the University of Florida was originally planned for April 17, but due to coronavirus concerns will be rescheduled once people can safely gather again.

In announcing the recognition, university officials said Gibson's six-decade career in trial law has been equally notable for its leadership in public education in Lake Wales and the Florida State University system.

"It came out of the blue. It was a complete surprise," Gibson said. "Somebody up there has a long memory."

Gibson has been a long-time supporter of the College and was vital to the founding of the College's Bob Graham Center for Public Service. He now serves on the Center's Council of Advisors, helping the former Governor and three-term U.S. Senator fulfill a goal of training the next generation of Sunshine State public and private sector leaders.

"Robin Gibson has been a lifetime friend and contributor to the enhanced civic life of Lake Wales and Florida," said Graham. "When faced with a difficult challenge, Robin Gibson is a man you want to have by your side."

Gibson and Graham actually have been friends since they each served as student body presidents at rival high schools in Miami in 1955. They were fraternity brothers, living together in the Sigma Nu house at University of Florida. And they remained friends after Graham headed to Harvard for his law degree and Gibson earned his at the University of Florida. Graham eventually married Adele Khoury, a classmate of Gibson's since elementary school. The Grahams and the Gibsons stayed close as each couple was raising four children.

Gibson supported Graham during his campaign for governor. After Graham was elected governor in 1978, he tapped Gibson to serve as his first legal counsel.

"Everyone was testing the new governor. He had to call out the National Guard for a trucking strike," Gibson said, noting Graham also faced challenges as he reinstated executions.

Gibson said he moved his family to Tallahassee but promised Graham only six months. The procedure worked out so well that it was repeated throughout Graham's two terms in office.

"You could reach out and get someone who was at the peak of their law career and who could give you six months," Gibson said. "It became a very good formula and you could get a lot of expertise up there."

The College of Liberal Arts and Sciences' Evening of Excellence is held annually to recognize exceptional accomplishment by the college's alumni, faculty, staff, students and friends.

"The Evening of Excellence celebrates those who support the college and make it a vital piece of the University of Florida," said David Richardson, Dean of the College of Liberal Arts and Sciences. "Robin Gibson's commitment to the Bob Graham Center for Public Service is an inspiration to all of us."

"Throughout his professional career, Mr. Gibson has been an advocate for the importance of public education to a community's success and prosperity," according to the award announcement. "Mr. Gibson filled a key role in then-Governor Graham's initiative to improve Florida's public universities, serving for six years on the Florida Board of Regents, including a stint as chair before his term expired in 1987."

When the Florida Legislature disbanded the Regents in 2001, Gibson drafted the text for Amendment 11, the 2002 state ballot initiative backed by then Senator Graham to create a new, constitutionally protected governing board dedicated solely to oversight of the state university system. Floridians passed the amendment with 60% of the vote, resulting in formation of today's Florida Board of Governors. 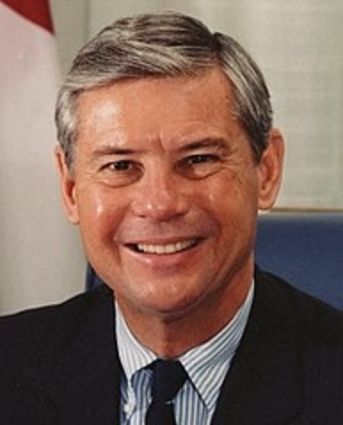 In 2003, Gibson led a citizen initiative to reverse declining public schools in Lake Wales by creating a new, more locally focused K-12 charter school district. He then served six years on the Lake Wales Charter Schools board of trustees and until recently chaired its fundraising arm, the Lake Wales Charter Schools Foundation. Today, the district is comprised of six schools that enroll approximately 4,050 students and operate on a $36 million budget.

Voters in 2016 elected Gibson to the Lake Wales City Commission, where he also serves as deputy mayor and chair of the city's Community Redevelopment Agency. He was re-elected April 7 for a three-year term.