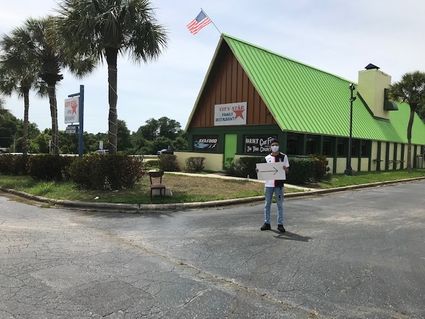 Since Latifa Attala opened City Star Family Restaurant 15 months ago her customers have become like family. To show her appreciation to the Lake Wales community Attala and her staff gave away 1,250 fish and chips dinners Wednesday, April 22.

Attala promoted the giveaway on Facebook and originally scheduled drive-through times for customers to pick up 1,000 meals starting at noon at the restaurant on SR 60 just west of Lake Wales. But she said some people showed up an hour early or without a confirmation time so she just fed them all.

"This community has been supporting us really well since we opened," Attala said. "Our customers are so nice. They treat us like family. They ask about my kids. I felt like I wanted to do something nice for the community."

Attala said it felt good to feed people who might be on a tight budget or just really tired of cooking for their families. For many it wasn't about the money, she said, saying some dropped $30 or $40 in the tip jar. They smiled, expressed their thanks and some were just happy to get out of the house, she said. 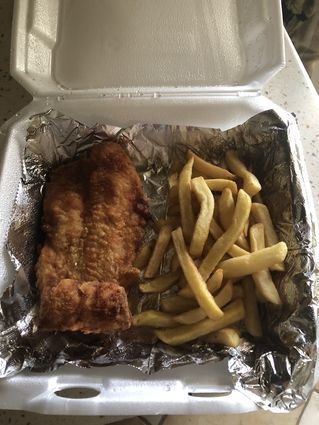 "Every 10-15 min I'd go outside and look at the cars to just see the happiness," Attala said. "The gesture made them happy. It was something to change their moods."

The curbside pickup went smoothly with young people pointing signs to direct customers in a circle around the restaurant. Attala said some people didn't realize they were only doing the fish and chips pickups, so when they ordered chicken or hamburgers she went ahead and provided them at no charge.

"People were so happy for the gesture. It's not about the money so much as making people happy," she said.

The generous gesture went far beyond the customers who got free meals. Channel 8 sent a video crew and did a segment for their news program.

"I really just wanted to give back," Attala said.