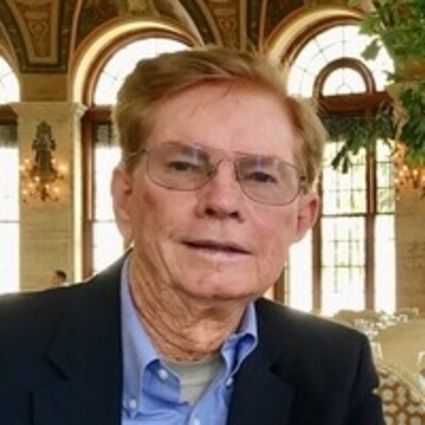 He was a loving husband, father, grandfather, great-grandfather, brother, uncle, and friend. Edward was born on June 18, 1938 and raised in Miami, where he graduated from Jackson High School and started his career as an architect. He opened his own architectural firm, Edward Pilkington, A.I.A., Architect, P.A. in 1973 in Miami, before moving to Lake Wales in 1982. He continued residential and commercial design from his office in downtown Lake Wales until his passing.

He was an active member of the American Institute of Architects throughout his career and many of his designs were inspired by the contemporary and natural style of Frank Lloyd Wright. His legacy will be enjoyed for years to come from his work throughout Florida. Several notable projects include the Lake Ashton Clubhouse and residences, restoration of the Lake Wales Arts Center and its addition, restoration of the Bullard Building in downtown Lake Wales, and many private residences and offices throughout the region. In addition, he was an active member of the Lake Wales Rotary Club.

Edward was happiest when spending time with his family and fishing for largemouth bass, especially in his backyard on Blue Lake. He enjoyed traveling, often marveling over architectural masterpieces throughout the world while taking videos and photographs. Edward loved talking to anyone and everyone and was known for telling a joke or two or sharing a fact of the day. He was a teacher at heart and always looked for the best in everyone.

A celebration of life will be held for family and friends at a later date when it is safe to gather. Marion Nelson Funeral Home in Lake Wales is handling arrangements.