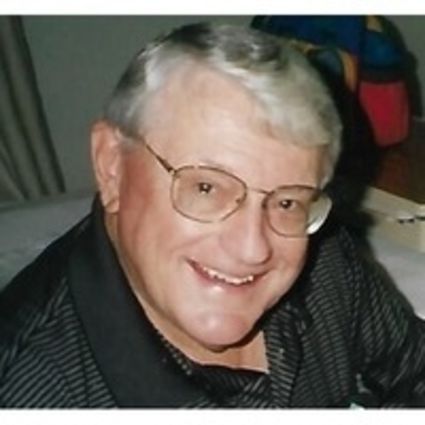 Billy L. Smith, 84, of Lake Wales passed away peacefully at Advent Health Orlando on Saturday, April 18, 2020. The COVID-19 virus took him from us very quickly.

Bill was born in March 20,1936 to Thomas and Ruby Bunch Smith of Carrollton, IL. His beloved sister, Ethel Mae (Babe) was born two years later, and although times were tough during the Depression, Billy and Babe had a wonderful childhood. Just when Bill started high school, the family moved to Cheyenne, WY where they had a great four years. Bill played and lettered in every sport. One of his friends got him a job with an electrical contractor and Bill excelled while completing the 4-year apprenticeship program. That was the beginning of the story of B.L. Smith Electric.

In 1956, Bill's family moved to Hampton, VA and Bill got his big break when he went to work for the Howard P. Foley Company at the Navy Shipyards as well as the NASA Apollo program. Foley then moved him to Florida to supervise the construction of the electrical components of the Apollo launch pads and the Vehicle Assembly Building (VAB) at Cape Canaveral and later, the underground portion of Disney's Magic Kingdom. After several executive positions in the corporate world of electrical contracting, Bill decided to move his family to Winter Haven and to open his own business, B.L. Smith Electric.

Their first big project was Lakeland Square Mall, followed by other major construction projects like the Sheriff's Office in Winter Haven and much of the expansion of Winter Haven Hospital. In recent years, B.L. Smith Electric has been a major player in the construction of municipal and county water and wastewater systems from Pinellas to Orange county.

Over the years, many of his family members have joined him in the business and contributed greatly to its success. His son, David, will continue to run the company.

While living in Virginia, Bill met and married Frances (Fran) Barton and together they raised five wonderful children – Terry (Cara), Carl (Deanna), Michael (Brenda), David (Melissa), and Susan (Kevin). After 48 years of marriage, Fran passed away after a long battle with cancer. In 2013, Bill married Kathy Manry and they soon moved to Lake Wales.

Bill will be welcomed into Heaven by so many beloved family members and friends and he was there to welcome the newest great grandchild, Luna Belle Cooper who was born on the day he died and then passed away just five days later.

There will be a memorial service and a celebration of life at a later date. In lieu of flowers, donations should be made to the Lake Wales Care Center,140 E. Park Avenue, Lake Wales, FL 33853 or to the charity of your choice.