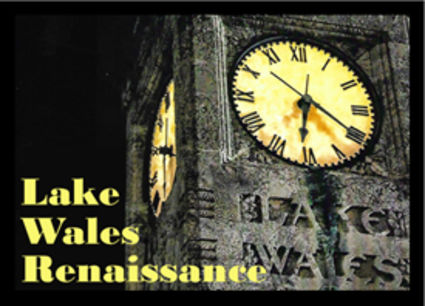 This is the fourth installment in the Lake Wales Renaissance series. Lake Wales City Commissioner Robin Gibson serves as deputy mayor and chairman of the city's Community Redevelopment Agency.

The purpose of this article and the previous article on the Longleaf Business Park is to heed the lessons learned in those projects as the City pursues Community Redevelopment in the future. Now the Hotel:

The City in 2008 acquired title to the Grand Hotel, originally the Dixie Walesbilt Hotel. The decision was to send out Requests for Proposals to the private sector for the Hotel's redevelopment. Of the three proposals received, the City selected a limited liability company known as Dixie-Walesbilt, LLC, formed for the purpose by its owner, Ray Brown (Developer).

The selection was made based upon a number of performance assurances, many of which were embodied in the agreement signed by the parties entitled "Redevelopment Agreement Grand Hotel" (Agreement). Some of the more significant assurances were:

Finances. Developer represented to the Commissioners that Rajesh Kumar of New Delhi, India and Rajesh Arora of Toronto were partners backing the project with "verified" funding sources, including $67 million in assets. Also that "Estimated $6.1 million in initial improvements is 100% private funding by the developer." (As it turned out, neither Kumar nor Arora put a dime in the project.)

Qualifications. Developer is "skilled in the business of development and redevelopment." (In reality, Developer was primarily an office equipment salesman, more recently working in his wife's business marketing women's shapewear and post-surgery compression garments. His only construction experience was as a teenager helping his dad with some demolition. As an adult, he purchased two buildings in Winter Haven for redevelopment, but lost one to bankruptcy and the other to foreclosure. No redevelopment occurred in either building.)

Benefits for City. $50,000 was promised to City for sidewalk improvements around the Hotel and $30,000 was to be provided to the Historical Society for consultation on the renovation. (No amounts were ever paid.)

City's Representations to Commissioners. The City's then Director of Economic Development represented to Commissioners: City will "have secured funding and securities in sufficient form to finish this project and bring it to the market." At one point, he stated that Developer's capital expenditure "is approaching $300,000." Later, Commissioners were told "developer has attained the required capital investment exceeding $1.5 million of private capital." The City Attorney reviewed the documentation on "the issue of the investment in excess of $1.5 million" and found it "to be acceptable." Based on those representations, Commissioners deeded the Hotel property to Developer. (Secured funding was never obtained for the City. Subsequent litigation proved that the documentation for the $1.5 million investment was extremely inaccurate. Developer was required to produce all financial records. After giving Developer credit for every possible expenditure – whether actually used at the Hotel or at home --- the funds invested came to $76,479.49.)

Developer's Intent. Developer should be given credit for good intentions. His research led to his involvement at a heart level and has made him the reigning authority on the Hotel's history. It's just that he does not personally have the necessary capital, and in 12 years through the worst and the best of economies --- he has never been able to attract investors to his cause. 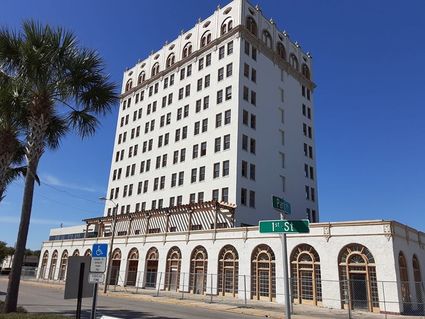 • Be realistic, not hopelessly naïve. Developer and Commissioners both believed what they were told. The next time two foreign citizens living outside the jurisdiction of American courts tell you they have $67 million to back your project, require sufficient front money paid into an escrow account over which you have joint control.

• Deal with folks who: a) have a demonstrated record of success, b) make a personal investment in the project, and c) put forth a solid business plan.

• Have the guts to walk away. City administrators and Commissioners were so anxious to put the Hotel back on the tax rolls that they ignored the practical realities of the situation.

The Next Article: What's so hot about Dover Kohl?