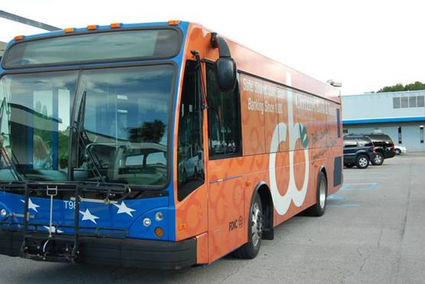 When Gus hops on the bus he may have some extra stop options in Lake Wales.

Erin Killebrew, director of external affairs with the Citrus Connection, gave city commissioners an update on the four local routes at their May 19 meeting. Killebrew said the current routes take riders from Lake Wales to Haines City, Lake Wales to the Eagle Ridge Mall, the mall to Legoland and the mall to Babson Park. The transit system is asking the city to nearly double its annual contribution to its “full fair share” of a little over $132,000 for the coming fiscal year.

The current slowdown at the mall due to COVID-19 prompted Commissioner Al Goldstein to recommend some new stops at city hall, Polk State College, the corner of Scenic Highway and Central Avenue – where riders could disembark and walk two blocks to the public library – and Publix supermarket on SR 60. Goldstein said having bus stops downtown would fit into the city’s priority to redevelop the area.

Killebrew said she would talk to Citrus Connection planners about Goldstein’s recommendation, but they would need to make sure the 35-foot buses could navigate turns on the proposed new route.

The Citrus Connection, operated by the Lakeland Area Mass Transit District, is Polk County’s primary public transportation service. According to its website only about $600,000 of its nearly $11 million budget comes from rider fares. About half comes from property taxes, with most of the rest coming from state and federal grants and “fair share” contracts with local cities and the county. 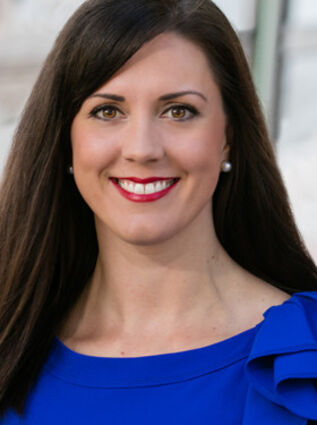 According to Lake Wales City Clerk Jennifer Nanek the City has contributed $63,821 to the Citrus Connection for the last two years, and they are requesting $132,276 for the next fiscal year, which starts Oct. 1. In a letter to City Manager Ken Fields, Citrus Connection Executive Director Tom Phillips said the bus service travels 83,000 miles per year in Lake Wales and the increase would get the city to “contribute their full fair share of the 20 percent we and the Board of County Commissioners requested in our plan set forth four years ago.”

Killebrew told commissioners that the bus service has implemented a My Stop mobile app so people can plan their routes, mobile ticketing with a scan fare box and a reloadable smart card.