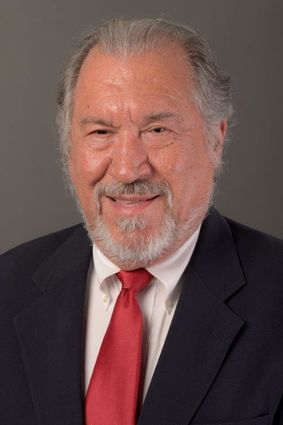 Toward the end of their June 2 Lake Wales City Commission meeting is an agenda item labeled "Status of the Employment of the City Manager." Commissioners asked for the item to be placed on the agenda after Deputy Mayor Robin Gibson at the last meeting suggested it was time for Ken Fields to consider early retirement.

Gibson said it is time for a "new voice" and new leadership to oversee from the ground up the city's ambitious downtown redevelopment initiative. But Gibson also said he wants Fields to leave on a positive note. "I want when there is a parting for everybody to respect each other and for the city manager to feel good about having been the city manager of Lake Wales," Gibson said.

Fields has been city manager for seven years and his current contract expires in 2022. But after Gibson's surprise announcement Fields has been holding one-on-one meetings with commissioners, reportedly to discuss terms for his potential departure.

One inducement under consideration at the June 2 meeting would be allowing Fields to purchase up to five years of past government service in order to qualify for a lifetime city pension. Currently employees must work 10 years to become eligible.

When Fields originally brought that proposal forward in February the city's actuarial consultant said he would need to contribute $307,000 to buy in to the pension plan with no cost to the city. Based upon his own and city contributions into retirement accounts over the past six years, Fields has ample funds available for the buy-in.

The service credit buy-in would be available for any city employee with past government service, but the city manager is likely the only one to take advantage of it in the near future.

Other city commissioners have indicated they are comfortable with Fields retiring early, but they have mixed feelings about when it should take effect. They also want to discuss succession plans with their fellow commissioners.