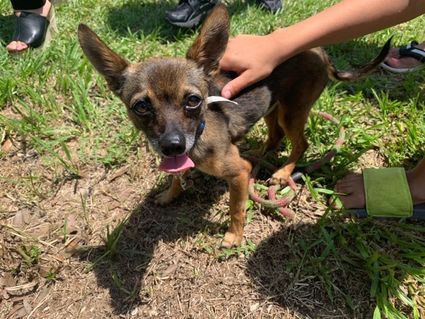 Abused chihuahua is at Animal Control waiting to find a better home.

They say cats have nine lives, but a Lake Wales chihuahua appears to have at least two.

Lake Wales police reported a happy ending to the story about 6-year-old Canelo, a dog they thought had been killed and thrown into a small lake a little before 10 p.m. June 7.

Lake Wales police investigated a complaint by a witness who said he saw a man, who later was identified as Cesar Cruz Sanchez, dragging a small dog by a leash, wrapping a leash around its neck and lifting it in the air multiple times, and then throwing the dog into bushes near a pond. The witness provided video surveillance that backed up the complaint, and police arrested Sanchez for felony cruelty to a dog.

Sanchez, who lives at 802 Miami St., reportedly told police he got angry at the dog for laying on baby furniture. He said he got the dog about a year ago as a family pet for his son.

Sanchez told police "he tried to go back to locate the dog after he felt bad and wanted to repent for what he did." Police said he acknowledged he knew he could have surrendered the dog to animal control, "but he was desperate at the time because of his anger."

Sanchez surrendered the chihuahua to animal control staff, who took him to their Polk County shelter. 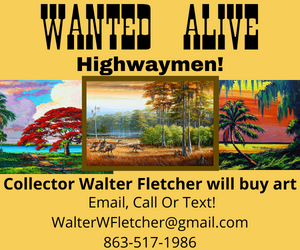