Assistant City Manager Bangley Quits After Being Put on Probation 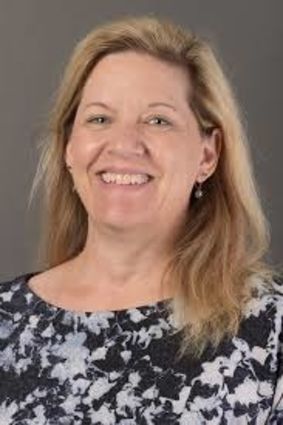 A 14-year city employee, Bangley worked closely with and got superior evaluations from recently retired City Manager Ken Fields, who in October 2019 gave her a $2,612 raise and the title assistant city manager for planning and economic development. Her two percent merit raise in March brought her salary to $99,968.

In his disciplinary memo, Slaton said the city had received numerous complaints about her department and her personally "for not being 'business friendly,' for treating the public in an unprofessional manner, and for your inability to get along with other city department directors." He said she failed to hold the building official accountable and refused to acknowledge negative feedback, complaints and expressed concerns from contractors about him. Officials from Southern Homes, one of Polk County's largest homebuilders, recently told city officials they would no longer build in Lake Wales because of difficulties working with Bangley and her office.

Slaton wrote that Bangley was resistant to change and growth and used the city's Land Development Regulations as a "deterrent to growth, rather than a tool to guide good development. Your implementation is inconsistent and seems to be influenced by who is asking."

Describing her unacceptable conduct and behavior, Slaton wrote that she used loud and profane language with her staff, openly slandered and criticized other city employees and department directors and openly criticized members of the community, developers, contractors, volunteer board members and other professionals outside of the organization.

"It is important to be mindful of your surroundings and your audience when expressing your frustrations or destructive personal opinions against those both internal and external to our organization," Slaton wrote. "It appears that a toxic culture has been created within your department as a result of your negative attitude, lack of professionalism and poor leadership."

In a written response to Slaton's memo, Bangley criticized the city's Human Resources Department, which she said didn't make her or the city manager aware of complaints regarding "perceived bad behavior and poor judgment."

Bangley said she knew of only two complaints regarding her being loud and profane, noting "Profane language is not appropriate for executives to use around coworkers. I will be mindful of that going forward."

Regarding the complaint that she had openly slandered or criticized other city employees and department directors, Bangley wrote: "To qualify as slander, the statement made must be untrue, but told to others as though it were true. I have, unfortunately, made opinionated comments/observations about other city employees in what I considered a safe space (i.e. in my personal office in confidence with a colleague.) While these comments were perhaps unprofessional, they do not rise to slander. Going forward, I will be cognizant of my words and will never comment about city employees in a negative light again."

Bangley asked for more specifics and additional documentation about other complaints against her and said she treats everyone the same with regard to Land Development Regulations. She said she had been working to address complaints against the Building Official, who she said "is making progress and showing improvement but is still a work in progress."

Human Resources posted a job description Thursday for a planning and development services director, not an assistant city manager, to replace Bangley, with an annual salary range of $60,295 to $104,043.

In her resignation letter, Bangley, 55, requested two additional months of health insurance and payout of unused vacation and sick leave per city policy. City personnel policies have no provision for extending health insurance benefits once an employee leaves.