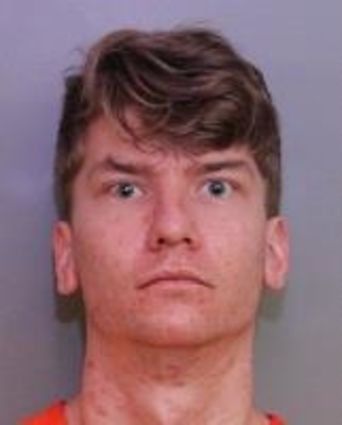 The Polk County Sheriff's Office arrested a 19-year-old Lake Wales man on Tuesday, June 16 after an investigation showed that he manipulated, threatened, and extorted a 10-year-old girl into sending him nude images of herself.

Simon "Pete" Anderson is accused of using the social-media platform Facebook to communicate with the victim, and he admitted to knowing the girl's age. The investigation began on April 30 when a parent of another child was told that Anderson was sending the girl photos of his penis.

"As a parent, this kind of a story has got to break your heart, scare you, and make you angry, all at the same time," said Sheriff Grady Judd. "Sick creeps like this are out there folks . . . going after innocent children. This is exactly why I say that parents need to be all-up in their child's business. You need to monitor who they're communicating with online."

During a forensic interview with the victim, she revealed that Anderson (whose Facebook account used the name Pete Anderson), had sent her inappropriate messages and pictures of his penis. The PCSO Computer Crimes Unit searched the victim's cell phone and discovered multiple messages and images that had been sent from Anderson's Facebook account.

The messages on the phone revealed Anderson's aggressive efforts with the victim. The PCSO said Anderson tried coercing the child into sending him nude pictures of herself by threatening to report her to law enforcement, as well as threatening to kill her and himself if she didn't comply. The girl admitted to sending Anderson photos because she was in fear of his threats.

When a PCSO detective from the Special Victims Unit interviewed Anderson, he reportedly admitted that he sent her images of his penis. The detective said Anderson told him he and the girl were "kind of in a relationship, but not really." He claimed that he didn't want to send her the photos of his penis, but he did so, "to be nice."

Anderson was arrested and transported to the Polk County Jail. He was charged with Extortion (F2), Possession of Child Pornography (F3), 3-counts of Transmitting Material Harmful to a Child (F3), and Aggravated Cyberstalking (F3).

The investigation is ongoing. Anderson's electronic storage devices were collected, and they will be searched. Any additional evidence found on those devices could lead to additional charges.