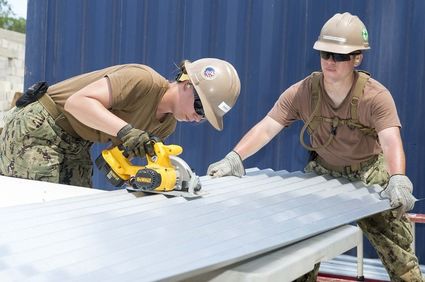 Lake Wales Charter Schools officials have selected a contractor to do phase one and phase two work this summer in getting the new Bok North Academy campus ready for opening this fall.

Whitehead Construction has been awarded the contract that includes converting the former Boys and Girls club building into classroom space, and potential renovation and updating work on the old cafeteria building at the historic 1919 Building site, which the charter system purchased from the city's Community Redevelopment Agency.

"We still have plans to be ready for the first day in the fall," according to the charter system's Chief Financial Officer Alricky Smith. "I'm still comfortable with the timeline. It's just a matter of going forward and getting things done. No one's provided a 'no' to anything so far."

While some interior work is already underway in the former Boys and Girls Club building, it is still being determined what the best course of action might be on the old cafeteria building.

"The contractor's actually in the process of getting us numbers to see if it's worth renovating or knocking it down," Smith noted. "But I think we're closer to renovating it. It's just a matter of when we get that accomplished," Smith said.

Six classrooms will be located in the existing building, and be supplemented by portable classrooms this fall when a full complement of 600 middle schoolers are expected to enroll at Bok North.

Additional phases of the campus build out include renovating the former high school building on site, and building of a new classroom building as well in the coming years.

Smith said he expects the city's planning board will review revised site plans at their meeting June 23.

The Boys and Girls club is relocating to the city's James P. Austin Community Center. Bok North students for the past two years have been gathering at two different downtown churches in Lake Wales, but have outgrown that space with the additional of a final incoming class of 200 new sixth graders. The school opened in August, 2018, with an initial class of 200 sixth graders, and grew to 400 students at the start of the 2019 school year.