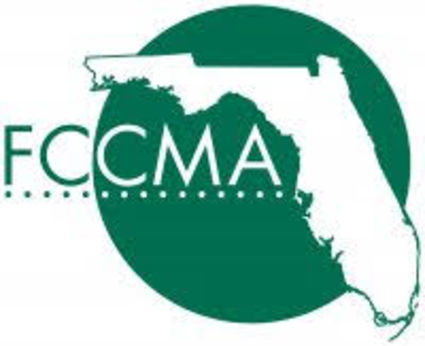 Lake Wales City Commissioners want to talk with representatives of the Florida City and County Management Association (FCCMA) on July 1 before making a final decision on how to proceed in hiring a new city manager for Lake Wales.

The FCCMA has a group of retired managers, called Senior Advisors, who can aid in a search for a new city manager, including helping narrow a field of candidates based on their qualifications. Commissioners will hear from them at workshop at 3 p.m. July 1.

It is the same group that commissioners used seven years ago in hiring Ken Fields, who stepped down from the city manager post June 2 in an amicable parting. The city would advertise the position, but the FCCMA advisors would do the initial screening of applicants, saving current commissioners the task of going through potentially dozens of resumes and applications.

According to the FCCMA website, Senior Advisors are "retired city and county managers with lengthy experience and who are respected within the public management field."

Potential services offered during a search include outlining to elected officials the placement process based on International City/County Management Association guidelines, determining qualifications, compensation and position requirements, assisting local staff with position advertisements, reviewing and recommending semi-finalist candidates based on position standards established by the governing body, and providing assistance to the jurisdiction during the interview phase of the placement process, according to their website.

While there is a cost involved, it is significantly less than hiring a private firm to handle the details of search, according to former Commissioner Christopher Lutton, who spoke at the commission meeting of June 16. He indicated the group's main function to rank the candidates based on their strengths, but that commissioners did the final interviews and made the final decision on who to hire.

"Some great candidates came in through that search" Mayor Eugene Fultz said. "We had an opportunity to look at each candidate and choose the person we thought was the right person to come in and deal with the uniqueness of our city, and we will have that same opportunity again. But I want to make sure we hear from that group first before we make a choice. I think we're pretty much in agreement on that."

Commissioners continued to express support of interim City Manager James Slaton, with several commissioners suggesting that any search be put off for the next few months while the city goes through the process of crafting a 2020-21 budget, which will go into effect on Oct. 1.

They also were unanimous in endorsing the idea of Slaton being a candidate at whatever time a search be conducted, if commissioners decide to go that route.

Slaton, who has worked for the city for more than 17 years, said getting a budget together in the absence of Fields will not be an issue.

"We've got the budget under control. Rest assured, all of that is happening," Slaton said.

Fultz also expressed confidence in the city being able to handle both important items simultaneously.

"We've got a great staff in place that's going to assure that things continue to move forward and not fall apart while we're doing this," Fultz noted. "James is not going to stop doing his job throughout this process. He's still going ahead full force doing what he needs to do."