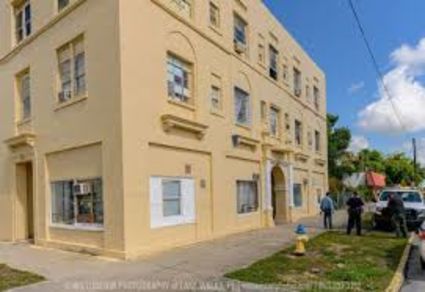 The City of Lake Wales may take possession of the historic Seminole Hotel, now two and one-half years after it was first condemned as unsafe.

The Lake Wales Code Enforcement Board Thursday, June 25 authorized the city to move forward with foreclosing on the property, since owner Cardiff Howell had been unable to correct multiple code violations or to sell the hotel to someone who could restore it.

If the city takes possession, commissioners will have to decide what to do with the hotel. Former assistant city manager Kathy Bangley had advocated demolition until the only bid came in a year ago at $700,000. An environmental study also indicated the building had asbestos that would need to be removed or encapsulated.

City Attorney Chuck Galloway said he now will proceed with a title search and get the foreclosure paperwork started, noting "There's always the potential a third party would want to bid on it in a public sale."

Developer Ray Brown apologized to the Code Enforcement Board Thursday that he could not fulfill the commitment he made to them in March that he would buy the hotel and submit a development plan. Ultimately Brown and hotel owner Cardiff Howell could not reach agreement on a contract.

Howell, an Orlando Realtor and investor, purchased the hotel in 2005 for $630,000 and subsequently transferred ownership in 2010 into his own revocable living trust and then in 2018 to his land trust. The Polk County Property Appraiser's office currently $130,816 as the market value for the three-story 14,000-square-foot hotel located at 201 N. First St. near downtown Lake Wales.

After numerous and long-running code violations the city condemned the Seminole Hotel in late 2017 and placed a lien on the property with administrative fines of $250 per day, which now exceed $200,000. Howell said while running a local real estate firm he was living during the week at the hotel, when code enforcement officers and police evicted him and about 100 tenants with just 10 hours notice.

Howell said the building had typical plumbing and maintenance problems, but "I wouldn't call it a mess. We had people living there."

Howell said he completed electrical work on the hotel and was working to get new windows installed when the city issued a stop work order. He said he believes being a black man from Jamaica contributed to the lack of support from city development staff: "I don't think they are very honest people. I think they are racist."

Howell said Brown offered him a partnership to remain invested in the hotel, but they couldn't come to terms. 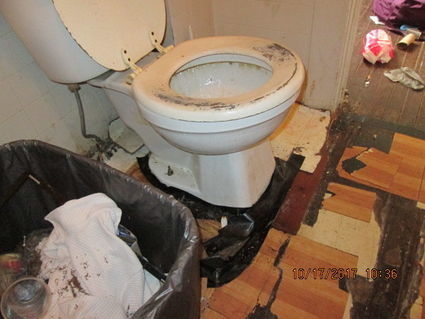 Code enforcement officer photo of Seminole in 2017 when the building was condemned.

Brown enlisted West Palm Beach Architect Rick Gonzalez, an expert at preserving historic buildings, to partner with him to restore the Seminole. Gonzalez said the hotel was structurally sound and worth preserving. The two developed plans that called for four retail spaces, a kitchen, large dining room, private dining area, meeting room and a library on the first floor. The second and third floors would each house at least 14 micro-unit style hotel rooms, basically small living areas with baths. Units would be between 300 and 400 square feet.

At the March 9 Code Enforcement Board meeting Brown said he had spent more than $10,000 of his own money to clean up the building and that he planned to purchase the building by the end of that month. Brown claimed in March he had problems dealing with the city due to a "political attack."

After the May Code Enforcement Board meeting, Brown said: "I apologized, I made a concerted effort. I was serious and I failed."

Brown said he is still working on projects with Gonzalez and they might still offer to buy the hotel if the city takes possession.