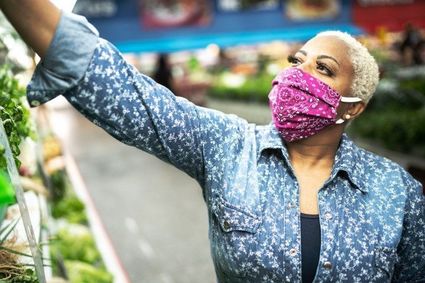 Lake Wales city commissioners will consider a resolution July 7 that would strongly encourage, but not mandate, residents to wear face masks while out in the public.

During an agenda workshop meeting July 1 the five commissioners seemed unanimous that the city create a resolution regarding the issue, but some did not rule out passing an actual ordinance mandating masks at some point in the future if the current COVID-19 outbreak doesn't start to subside.

City Attorney Chuck Galloway said an ordinance would potentially be subject to costly litigation, and suggested that a resolution was his recommendation at this point.

"My personal thought would be that if the commission were to proceed, it would be the better course to do a resolution. It would be appropriate to suggest we need to follow this," he said.

Commissioner Robin Gibson analogized the situation to the introduction of the automobile in this country, in that people were scared when they were first hitting city streets, but that safety regulations were developed over time to mitigate those fears.

"The public in the long term made the determination that even though they caused injury and death, the mobility, the economic benefit of having automobiles, was worth it," he said. "What that resulted in, though, were efforts to try and keep the public safe, there were regulations passed, to protect the public.

"The question becomes how quickly are we going to move into the enforcement of public safety, just like traffic control" he added. "At the very least, I think we ought to do a resolution. If it comes to mandatory masks, I don't know how that is going to be enforced. But I think we have to serve notice that public safety, just like vehicle traffic, we're going to be looking at some enforcement unless things get better."

Commissioner Curtis Gibson agreed with going the resolution route for now, noting that enforcement was a big hurdle.

"A mandate I just think is going to open a whole can of worms that we don't want to see," he said.

Commissioner Al Goldstein said he opposes a mask mandate but any resolution should include support for local businesses that make individual decisions to require customers to wear face coverings before entering a store.

Since Wednesday's meeting was just a workshop, no official action could be taken. The commission will have its next regularly scheduled meeting on Tuesday, July 7, at 6 p.m. The meeting will be at the city administration building, with limited public seating available. The meeting will also be streamed live online, with the public given a chance to participate electronically as well.

The city is continuing its "hybrid" meeting format, with some city commissioners and staff in commission chambers, and others in remote locations who participate electronically.

"As it stands right now with the way things are, a resolution is our strongest stand on mask wearing," Mayor Eugene Fultz added.