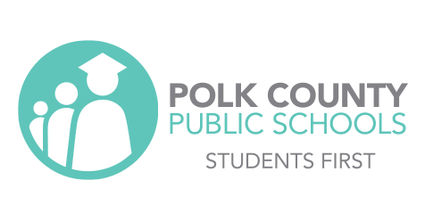 "The coronavirus pandemic has inflicted unprecedented damage to our state's economy. We are moving forward cautiously, knowing that later this year, or next, we could face major cuts," said Superintendent Jacqueline Byrd.

PCPS will have to pay an additional $9 million this year in required contributions to the Florida Retirement System.

Byrd and members of the Polk County School Board wrote to DeSantis, imploring him not to impose the multimillion-dollar increase during an uncertain budget year, but to no avail.

To pay for its $9 million share of the FRS increase, PCPS will use the extra $40 per student it received this budget year - money that is known as the base student allocation - as well as funding previously provided as bonuses to teachers through the Best and Brightest Program, which was eliminated.

• $41 million for school safety guardian training, leaving just $500,000 available statewide. PCPS will have to pay for any shortfalls out of its general fund.

• $134.5 million in school recognition money that would have been given as bonuses to teachers and staff at high-performing schools. That money was vetoed because no school grades are being given for the 2019-20 school year.

• $150,000 for the state academic tournament known as the Commissioner's Academic Challenge that PCPS administers annually.

One bright point in the budget is an additional $18 million for teacher salaries. That money is part of new categorical funding in the state budget that establishes a minimum teacher salary target of $47,500 and provides raises for veteran teachers. The district and Polk Education Association (teachers union) are discussing how to allocate that money. More information will be released as it becomes available.

While the cuts included in the 2020-21 budget are challenging, districts across the state are expecting much harder financial days ahead, said Mike Perrone, PCPS' chief financial officer.

In anticipation of budget cuts that could come later this year or next fiscal year, PCPS will recommend to the School Board that the district use its federal CARES Act (Coronavirus Aid, Relief, and Economic Security) funding to help offset teacher salaries during 2020-21.

The district received approximately $30 million in CARES funding. Following the guidance of the U.S. Department of Education, the district will set aside $7 million of that amount to assist charter and private schools.

If the district uses the remaining $23 million to help cover teacher salaries this fiscal year, that means $23 million that would normally come out of the general fund could be saved for future use.

"We're recommending to the School Board that we build up our fund balance, which is essentially our savings," Perrone said. "That will help us on the rainy days we expect are coming."

The School Board will have a budget hearing on July 28, and will vote to approve the final budget on Sept. 8. More information about the budget will be released as it is available.