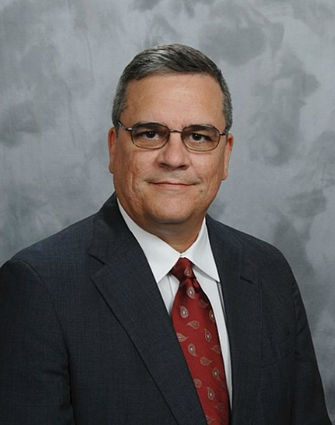 "I'm coming home so to speak," said Bennett, who has been a Lake Wales resident since 1998.

In addition to being a certified planner, Bennett is a certified redevelopment specialist with more than 20 years of public and private sector experience. For the last eight years he has served the City of Haines City as Deputy Director of Development Services and Community Redevelopment Agency Manager, overseeing the day-to-day Planning and Building Department operations and CRA programs and projects. Since Haines City requires 20 business days of notice, Bennett's first official day in the new job will be Monday, Aug. 10.

Bennett, who worked as Lake Wales city planner from 1998 to 2000, said he is excited about the opportunity to return to his hometown: "I just sense there's a lot going on and a lot of potential in place for really good things to happen. The revitalization of downtown, the Lake Wales Connected plan, the emphasis on the Northwest area. It just seems like everything is coming into place. I sense that the community is interested in moving forward."

In announcing Bennett's appointment, Slaton said. "Mark's professional experience uniquely qualifies him to play a leading role in the growth and redevelopment of Lake Wales. I am looking forward to the future."

Bennett replaces Kathy Bangley, who resigned June 18 after being put on six months' probation for "poor performance and unprofessional behavior." In his disciplinary memo, Slaton said the city had received numerous complaints about Bangley not being "business friendly," resisting growth and change and creating a toxic atmosphere in her department.

Officials from one of the county's largest homebuilders, Southern Homes, had indicated they would no longer develop in Lake Wales because of problems with Bangley and the city's Building Official Mike Tripp. Slaton on July 6 replaced Tripp with Bill Nolen, who has worked as a building official in Winter Haven, Haines City and Davenport. Tripp will stay on as a building inspector, supervised by Nolen. The department will be fully staffed for the first time since 2017, when the entire building department staff quit after Bangley was promoted to head the department.

Bennett said customer service is a high priority, and he agrees with Haines City Manager Deric Feacher's philosophy, "Figure out how to get to yes."

"That's the philosophy I want to impart on the department when I'm there. If you can't say 'yes,' say 'no' with a smile and give them some options."

Bennett retired as a colonel after 30 years in the U.S. Army Reserve, with various assignments, including service in Iraq where he earned a Bronze Star for meritorious service, Combat Action Badge and Parachutist Badge.

Bennett earned a bachelor's degree in geography from the USF, a master's in public administration from the University of Central Florida and a master's in defense studies from the Royal Military College of Canada.

On his resume' Bennett describes himself as a proven leader, manager and entrepreneur. He listed this professional goal: "Create Better Communities!"