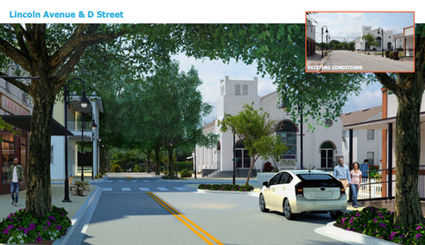 Lake Wales City Commissioners have given the green light to fund two positions largely concentrated on improving the quality of life in the city's northwest community.

Acting as the board members of the Community Redevelopment Agency, the group unanimously approved the hiring of a police community liaison officer for District 3 of the CRA, which covers the northwest area, as well as a CRA coordinator for that district. The action came during the CRA meeting on July 14.

The amendment provides $26,000 to cover the two positions through the end of the current fiscal year on Sept. 30. Interim City Manager James Slaton estimated that salary and benefits for the two positions would cost approximately $150,000 annually.

In a memo to commissioners, Slaton said the idea behind the police liaison "is to engage the NW community in a positive manner, attend community meetings and events, conduct crime prevention meetings, receive/report complaints from the community, and act as a member of the Police Community Relations Committee."

"I've spoken personally to many community members about this position, and I'll tell you, there's been overwhelming support for it," he noted.

Sara Jones, president of the Lincoln Community Development Corporation, supported the idea, although she also expressed concern since the impression of the police department in the northwest community isn't always the best.

She also said they were positive steps that only time will tell if they are effective.

"I will say that for the first time that I've been in this position, I feel like we're getting somewhere, but the jury is still out," she added. "But we cannot put the city in the position where we don't give you guys the opportunity to do the things that we're asking. So in that sense, who but someone from the police department can begin to change the relationship."

Slaton said applications will be taken from the current police force to fill the liaison job, and that a new officer would then be hired to fill that person's previous post.

"I've read the Community Redevelopment agency statutes, and community policing is mentioned several times. There's really an emphasis in that statute on community policing," he added. "One of the purposes of the CRA is to bring up a declining area and it's obvious that legislative intent was to include the concept of community policing. It's very consistent with the purpose of the statue."

The new coordinator will assist the city manager, who serves as executive director of the CRA, with administering redevelopment and revitalization programs within CRA area three, which includes implementation of the comprehensive Dover-Kohl Lake Wales Connected plan, Slaton added.