The Lake Wales Chamber of Commerce and Economic Development Council Board of Directors went on record Friday July 24 calling for the city commission to adopt an emergency resolution to mandate face masks in the city to help reduce the spread of COVID-19.

A letter signed by Chamber President Kevin Kieft and Board Chairman Andy Oguntola said face masks should be a "government led issue" and the Chamber board "voted to support and push for a mask mandate in the City of Lake Wales for 30 days with an option to renew." Chamber members were not polled, but Kieft said all but one of his board members supported the mandate.

"We also feel that by not leading at the governmental level we are pushing the burden off on to small businesses and other businesses," said the letter to commissioners.

Commissioners July 7 adopted a resolution strongly encouraging the wearing of face masks to protect against the spread of COVID-19. At that time they noted they might have to take stronger action if people didn't voluntarily comply. At their July 21 meeting commissioners expressed concern over reports that virus numbers were rising, and they discussed a possible face mask mandate, similar to one adopted by the City of Lakeland, which requires face coverings in all indoor spaces where people are not able to maintain a six-foot distance. The Lakeland order exempts residences and has 12 exceptions, including people under age 8, people eating or drinking, or people with health conditions that preclude face coverings. The city of Winter Haven has adopted mandatory masks, but Polk County and Haines City officials have rejected a mandate, and Bartow has passed a resolution encouraging, but not mandating masks.

City Attorney Chuck Galloway said the constitutionality of government-mandated face masks is still unsettled and commissioners should expect a lawsuit, like those filed in many other communities which chose to mandate masks.

But Deputy Mayor Robin Gibson likened the face mask mandate to other government orders designed to protect public health and safety, such as requiring seat belts. He said a mandate would help with school re-openings and take the burden off merchants, since the city would "take the heat."

Commissioner Terrye Howell said she wasn't concerned about lawsuits as long as the mandate was enforced equally and she thinks not having a mandate encourages people from other communities to gather in Lake Wales and possibly contribute to the virus spread.

Acknowledging the controversy, Mayor Eugene Fultz expressed strong support for a mask mandate: "Many have said we are elected to do the right thing to protect health, safety and welfare. This is not a popularity contest, but something we would do to protect our citizens."

Galloway said an emergency resolution would require a super majority vote – at least four of the five commissioners. Commissioners Al Goldstein and Curtis Gibson have issued statements strongly supporting wearing masks in public places where social distancing would be difficult and allowing businesses to set up their own rules, but both stopped short of a government mandate. Several major retailers implemented mandates only to withdraw them recently due to heated and sometimes violent exchanges between their employees and customers.

"I think we're going to face many, many lawsuits," Goldstein said. "We need to teach the public common sense. I don't see us mandating. I give our citizens more credit."

Commissioner Curtis Gibson said he personally wears face masks when out in public and he encourages others to wear them.

"I believe strongly in personal freedom and responsibility, not government mandates," Gibson said. "A mandate would be very costly and put our police officers in a very difficult enforcement situation."

At their July 22 budget workshop Fultz insisted the emergency mask mandate be brought forward at the next commission meeting despite Commissioner Curtis Gibson's suggestion the city would be wasting money on attorney fees of about $200 per hour when the mandate didn't have the necessary four votes to pass.

Kieft said the Chambers supports a "sensible approach" to a mask mandate: "We are not looking to create an atmosphere of fines or anything like that.

"Safety will be and is our number 1 priority for our business members and we feel a sensible approach similar to that being used in multiple municipalities will be sufficient." 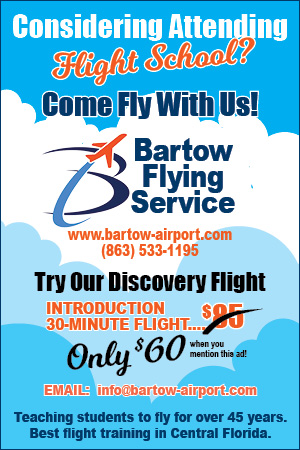 I think businesses should be able to set their own policies and enforcr them, then I may choose whether or not to visit an establishment based on their policy. I also believe it is folly to be in a close space without a mask, my health is my responsibility,