How I Got Started 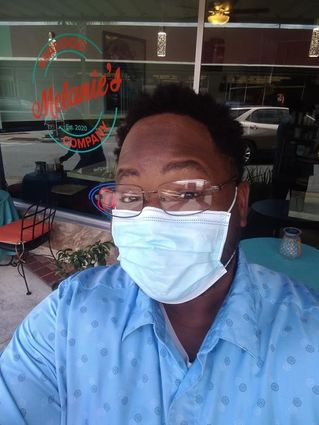 Hello my name is Curtis Gibson, I am a Lake Wales city commissioner in district 19, seat 2.

I never thought about getting into politics. In fact, I used to say I am not a politician. The fact of the matter is I am.

When I jumped into this arena it was in 2015 when I ran for mayor of Lake Wales. I was terrified and didn't know what the outcome was going to be. I had so many people from both sides wanting to know who pushed me to run against the mayor and I simply told them I prayed about it and decided to walk out on faith.

I did not win that election, but I won overall, because I made friends and got my name out there. After that election I decided I wanted to get more involved and applied to sit on city boards that had some vacant positions. I was appointed to sit on the Citizen & Police Community Relations Advisory Board and Code Enforcement Board.

I started to advocate much more and go to meetings to learn what was going on in my city. In 2017, my district seat was coming up on election year and I decided to run and I WON. I was so happy and honored to serve.

2017 was a great year and a bad year at the same time. My life became more public. I was getting a lot of push back from my colleagues on the board. Then I had a personal issue that arose in my home, that took a turn for the bad. I didn't realize that I was being politically targeted, because of who I was and because I didn't answer to anyone (I was my own person, fighting for what was right in our city). After a year of battling my personal issue, everything was dropped and a new day began.

Life was turning in the right direction for me. Not once did I stop doing my duty I was elected to do for the City of Lake Wales. Stay tuned to learn more of "My Life As A City Commissioner."