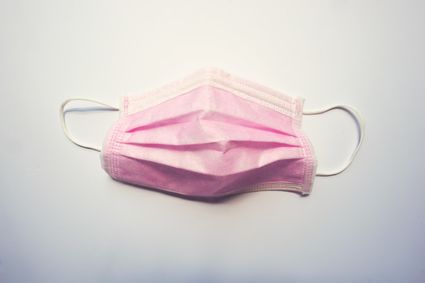 Responding to continued concerns from members of the business community, Lake Wales Deputy Mayor Robin Gibson is proposing a possible modification to the mask mandate ordinance up for final approval at the Aug. 18 city commission meeting.

The proposed changes would place the responsibility for compliance on the individual rather than making businesses the enforcers.

Financial planner Jimmy Nelson approached Gibson, still concerned about the mandate's impact on businesses, who faced fines unless they made a good faith effort to enforce the mandate.

"Inasmuch as passage of the ordinance is, in my opinion, a foregone conclusion, my hope for the discussion was to mitigate the impact on our local businesses as much as possible," Nelson wrote in an email to commissioners. "Namely, that enforcement of the city mandate such as this should not be imposed on private businesses."

But the compromise amendment proposed by Deputy Mayor Gibson could gain the approval of a fourth commissioner, reviving the option of a 30-day emergency ordinance. It also would be more palatable to Howell, who agreed to the mandate despite concerns about it primarily relating to businesses.

Deputy Mayor Gibson said he is leaning toward the more permanent ordinance, rather than the emergency, but he would listen to what his colleagues had to say.

City Commissioner Curtis Gibson, who along with Commissioner Al Goldstein rejected the mandate, said he believes the proposed change offers an option he can support. Commissioner Gibson said he has always supported mask wearing, but didn't like the difficult enforcement position the mandate placed on businesses and local police.

"I feel more comfortable with an emergency mandate we can revisit every 30 days," Commissioner Gibson said. "While I don't like having to impose a mandate, I think this is a good compromise."

Goldstein said he will continue to oppose a mandate of any kind: "I just don't buy it. Taking individual responsibility away is not the right way to go. It's a waste of our time."

The Deputy Mayor's proposed amendment would require business operators to post signs about the city mask mandate, but not to force their own employees to wear them or enforce the mandate on customers. The first time warning, $50 for first offense and $100 for second offense would apply to the individuals, not the business operators.

The ordinance includes several exemptions, including for people eating or drinking, those with health issues that prevented the from wearing masks, children under age eight, persons maintaining a six-foot distance from others, children under 18 participating in youth activities, sports, child care or recreation camps, public safety personnel, and employees who did not interact with customers.

The commission meeting begins at 6 p.m. A limited number of seats are available at the city administration building and people also can participate by registering online at https://www.lakewalesfl.gov/Register. The meeting also will be broadcast live from the city website at http://www.lakewalesfl.gov.