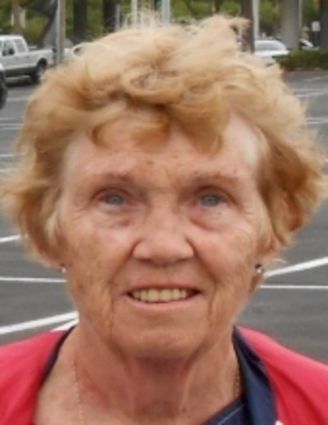 Virginia E. McGrath (nee Moorehead), of Mansfield, OH, passed away on Aug. 9, 2020 at her winter home in Lake Wales after a long illness. She was 86.

Ginny was born Jan. 22, 1934 in Cleveland, OH, and attended Kent State University in Kent, OH where she met her husband Donald. Ginny majored in elementary education and minored in art at Kent State. She taught special needs children for nearly 40 years.

Ginny immensely enjoyed baseball, faithfully serving as scorekeeper for each of her sons' baseball games throughout their childhoods, as well as providing the scoring for all of Don's church softball games for many years. She was an avid Cleveland Indians fan. She also enjoyed singing at the various churches she belonged to, including Highland Sixth Presbyterian Church in Highland Heights, OH and the Chapel at Tower Lakes in Lake Wales.

Ginny also enjoyed gardening and spending many hours volunteering at Bok Tower Gardens in Lake Wales. She has served in many roles of high school, middle school, and elementary school PTAs. She also has held the office of president and secretary in various other service organizations in the Cleveland and Mansfield, OH areas. Ginny was an ordained elder and deacon in her church.

Ginny served as a chaperone for contestants of the Miss Ohio pageant in Mansfield for many years. She treated them as if they were her own children and stayed in touch with many of the young ladies. The McGraths joined FMCA in February 1987. Ginny began serving as Great Lakes Area vice president in 2005. She also was a member of FMCA's Constitution & Bylaws, Convention & Rally, Finance, Management, Membership/Member Services, and Policy & Procedure committees. She and Don attended numerous FMCA conventions and area rallies over the years, volunteering in such areas as handicapped parking and transportation. Ginny and Don hosted many rallies with the Midwest Coachmen chapter, and Ginny held craft seminars at G.L.A.S.S., Southeast Area, and Eastern Area rallies for many years.

Ginny was very well liked, by people and their pets, and found friends wherever she traveled. At Christmas time she would routinely receive well over a hundred Christmas cards and proudly display them.

The family would like to extend its profound gratitude to Ruth Ann Ruppert, whose gracious love and support for Mom was more than we could have ever hoped for.

Ginny and Don were married for 52 years when Don passed away in 2005. Ginny is survived by three children: Bill and his wife Sue, of Mayfield Village, OH; Jim and his wife Janelle, of Gahanna, OH; and Dale, of Rochester Hills, MI, as well as 10 grandchildren and two great-grandchildren. She is also survived by her sister-in-law Nancy McGrath Kunes. She was preceded in death by her brother Robert Moorehead, Jr.

In lieu of contributions or flowers, please plant a tree or flowers in Mom's honor. Or if you wish to contribute you may consider Bok Tower Gardens in Lake Wales.

Visitation will be from 1 p.m. until the service at 2 p.m. Saturday, Aug. 15 at Herlihy-Chambers Funeral Home, 173 Park Ave West, Mansfield, OH. Private burial will be held at a later date.