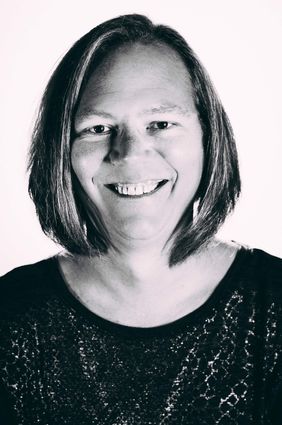 Think of 25 people you know. One of them is likely atheist. And probably afraid of you finding out. We know that there are even nonbelievers working in governments and sitting on Boards or holding other elected positions who feel their nonreligious identities must remain hidden because they are made to feel as second class by things like discriminatory invocation practices and some of the public response we saw this week in Lake Wales, FL.

A few weeks ago, I was approached by a resident of Lake Wales who has been active with the Atheist Community of Polk County who asked if I would be interested in doing a secular invocation before the City Commission similar to the one I had given in May before the Polk County Board of County Commissioners. Gladly, if they would have me.

I contacted the City to find out their process and received a response explaining that the invocation is usually performed by Dr. James Moyer, a professor at Warner, and when he is unavailable, Mayor Eugene Fultz, unless someone else requested to do so. I was welcomed to select an upcoming commission meeting date to appear before the commission to deliver a secular invocation.

This did not sit well with all of the commissioners, as detailed in this article by Chevon T. Baccus, Executive Editor at LakeWalesNews.net:

"Who will she be praying to?" asked Commissioner Al Goldstein, who said he plans to set his Bible on the dais and exit the room when Ray speaks.

Perhaps a brief word about Invocations. Let me be clear – religious prayers have no place in the business of governance. However, since the courts have fairly consistently ruled that the practice is permissible (with certain caveats), then people of all beliefs and none must not be excluded.

In a landmark 1983 decision, Marsh v. Chambers, the United States Supreme Court ruled that "the unambiguous and unbroken history of more than 200 years" leaves "no doubt that the practice of opening legislative sessions with prayer has become part of the fabric of our society." Marsh v. Chambers, 463 U.S. 783, 792 (U.S. 1983)

The Supreme Court further made clear in Town of Greece v. Galloway that governments must have non-discriminatory invocation policies and upheld Greece's practice largely because "a minister or layperson of any persuasion, including an atheist, could give the invocation." Town of Greece v. Galloway, 572 U.S. 565, 571 (U.S. 2014) Thus, a nonreligious or minority religious resident cannot be denied the opportunity to offer an invocation if citizens of other faiths deliver invocations.

Last year, a ruling in the 11th Circuit Court of Appeals in Williamson v. Brevard County determined that the County had "selected invocation speakers in a way that favors certain monotheistic religions and categorically excludes from consideration other religions solely based on their belief systems. Brevard County's process of selecting invocation speakers thus runs afoul of the Establishment Clause." Williamson v. Brevard Cnty., 928 F.3d 1296, 1299 (11th Cir. 2019)

That said, "invocation" is not simply synonymous with "prayer".

Indeed, the intent and purpose of the Atheist Community of Polk County in providing such a solemnizing message is precisely that – to unify those in attendance toward this common goal. We simply don't invoke a god or gods to do so. Which brings us back to the above quotes from Commissioners Goldstein and Gibson.

"Who will she be praying to?"

"I don't just let anyone pray over me."

No, my invocations are not prayers. And if we must hold tightly to the word invocation, then I tend to invoke the talents, expertise, and leadership that (hopefully) got our leaders elected in the first place. It is those chosen to serve who make decisions that affect their constituents, a burden borne squarely upon their shoulders alone.

In addition to the purpose above, we seek to raise awareness of nontheists living in Lake Wales, and of their feelings of "otherness" in their own community when one religion (or religion in exclusion of irreligion) is consistently preferred and promoted by their city government. To share a differing worldview, so that our decision makers are better equipped to see more sides of the issues before them to address the needs of all – not solely from their own personal perspectives. To model positive atheism and humanism in civic engagement, working to correct the erroneous stereotypes and misconceptions that many have levied against us, simply for our lack of a god belief.

We are good people, your neighbors, business owners, leaders in your community.

Sperling's Best Places, the only data aggregation I have been able to find with county-level granularity, notes that 41.5% of the people in Polk County are religious. Last year, Pew Research indicated that the religiously unaffiliated now account for over 25% of the American population and while atheists specifically make up about 4%, both numbers have been on the rise. Again, think of 25 people you know. 1 of them is likely atheist.

I have been asked why I would want to present a secular, humanist invocation at the Lake Wales Commission meeting. More specifically, why would I, a Haines City resident, be interested in such?

I am a Director of a nonprofit community organization which operates and represents residents throughout Polk County. We have an interest in all our municipal governments. Why were most of the people speaking in favor of open, nondiscriminatory invocations also not from Lake Wales? I feel it is important to point out here that the public response against an atheist being included in this way demonstrated clearly why many nonbelievers feel they must keep secret.

I close by thanking the people who have written in encouragement or to engage in civil, productive dialogue. My thanks as well to Rev. Dr. Moyer for his thoughtful response. His perspective is fairly representative of the sort of Christianity that I was raised in and, while we obviously disagree about the divine, I think our common ground lies within the message I provided at the meeting.

To readers from a religious worldview, as we continue to use this moment as an educational opportunity, I wish you to know that there are atheists among you. One day, they may reveal this identity to you – indeed an act of bravery – and I hope this moment will help you respond with kindness and better understanding. I think you'll find most atheists to be nothing like that which your doctrine or faith leaders may have taught you, like the Christianity of my youth did. We are good people, your neighbors, business owners, leaders in your community.