Letter from the Rev. Dr. James Moyer about Reaction to Recent City Invocation 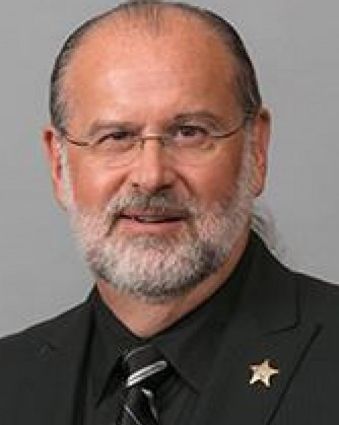 Theologian John Wesley is attributed with once saying that "Christ came to comfort the afflicted and to afflict the comfortable." After witnessing the actions of several local "Christian" leaders, I believe Rev. Wesley's words proved, unfortunately, to be true of those "comfortable" religious leaders that felt compelled to speak out during the Lake Wales City Commissioners meeting, Tuesday, Aug. 4, 2020.

Controversy had been generated after a person, personally identified as an atheist, asked to provide the invocation for the Tuesday night proceedings. As a result of the concern, a number of local faith leaders decided to attend the meeting. I watched the proceedings vis-a-vis the Internet because of the distancing issues of our times.

The person who invoked the proceedings of the Commissioners meeting spent time providing identification information to establish a context. During the presentation, the core of her message was an appeal to respect diversity and to strive for community. There was, in my estimation, no agenda beyond the point of saying all citizens have a right to speak, whether atheist, theist, or otherwise. I believe the individual was respectful of the commissioners, the attending citizens, and those who may have been viewing at a distance.

During the invocation, two of the city commissioners felt it appropriate to remove themselves from the dais in a gesture of opposition to the presentation.

Upon opening the meeting to community comments, a barrage of local faith leaders felt the need to voice opposition to allowing an atheist to speak at a public forum. Their words were directed either specially at the atheist presenter or the issue of the commissioners allowing such an event to take place. The faith leaders, in my estimation, decided to pass judgement on the commission and the person presenting. All of this was done in the name of Christianity (an act of the "comfortable" afflicting the afflicted).

When the person of divine nature (Christ) historically walked this earth, He did so to teach by example, which is why Rev. Wesley stated years ago, that He came to comfort the afflicted. From a Christian perspective, an atheist would be an afflicted person and we should be following the teachings of Christ to reach the lost and the unsaved. The faith leaders at the meeting did exactly the opposite. Their words did not encourage the presenter to want to know more about Christ. If anything, they reinforced why this person probably believes there is no God if that God is so hypocritically presented by His leaders.

The comfortable, identified by Rev. Wesley, are the faith leaders and they acted at the Commissioners meeting much like the righteously religious leaders of the time when Christ walked on earth (those what worked to end the ministry of Christ). If you read the Holy Scriptures of the Gospels of Christ, you quickly realize he did not hang out with the religious leadership, He spend his ministry in the midst of the lost. If the faith leadership believes that this atheist presenter is "lost," then they should have done what she expressed in her invocation, to respect diversity and work together as a community.

I am a minister of the Gospel and have provided the invocation at many Commissioners meetings, locally and at the county level. I know what it means to ask for the wisdom of a Sovereign God to be invoked at such meetings. I also know that if I am to effect a change in someone, its not by telling them how wrong they are, but by helping them to come to a realization that there is a faith way that supersedes the ways of a fallen world. What I witnessed at this meeting caused me to be ashamed to be affiliated with the faith leaders presenting at the meeting. I commend the Mayor and Commissioners who respected diversity. Christ would have done the same; respected the afflicted and strived to effect a change.

I wonder, what would these faith leaders of the Lake Wales community do if an atheist were to begin attending one of their churches? How would they act? What would they say? Would they, like the Christ they say they serve, comfort the afflicted, or would they in their religious righteousness, need to be afflicted? Interesting to note, these leaders took advantage of the opportunity to speak freely at the Commissioners meeting; something they thought was inappropriate of the person sharing the invocation.

Ordained in the Church of God (Anderson, Indiana)

Editor's note: Dr. Moyer has been the "unofficial" chaplain to the City of Lake Wales, the primary person giving the invocation at commission meetings for the last 11 and one-half years.

Thank you, Dr. Moyer. Your comments certainly reflect what the real teachings of Jesus have tried to impart to the world. God is Love.

Thank you Dr. Moyer. I appreciate your wisdom and thoughts.