Edwards Blows Out Hannifan for Supervisor of Elections; Townsend Unseated 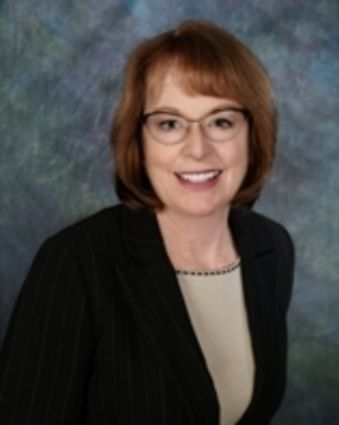 Supervisor of Elections Lori Edwards big winner for the night

With all 167 precincts, early votes and mail in ballots tallied, Lori Edwards has coasted to another term in office, an indication that voters are pleased with how she is running the Supervisor of Elections office. The unofficial results are Edwards with 79,210 votes (77.67 percent) to Debbie Hannifan garnering 22,778 votes (22.33 percent). Edwards was the biggest winner of the night.

This is not to say this race was without controversy, as her opponent unsuccessfully attempted to tie Edwards to a pair of events. The first event was that candidates in three separate races - two for city councils and one for the board of county commissioners - were convicted felons, thus not eligible. In the case of the BOCC, the candidate was arrested.

In a response to a BartowNews.net query, it is not a function or responsibility of the Supervisor of Elections office to verify whether one is a convicted felon. Its only responsibility in that regard is to make sure a candidate has properly filled out all paperwork.

The second incident to arise just before election day was the fact that in some cases registration information was incorrect, including party affiliation. Again, Hannifan attempted to portray Edwards' running of the Supervisor of Elections office as being incompetent. In response, Edwards pointed out that it is the responsibility of a voter to make sure all information is correct. Edwards also pointed out that this is an issue in which Tallahassee has had an impact. Its computer system does not "talk" to the county's. It is a situation that has been ongoing for several years, according to Edwards, who was backed in that assertion by County Tax Collector Joe Tedder.

William Allen has pulled off what many might consider an upset victory over incumbent Billy Townsend for the District 1 seat on the Polk County School Board. Allen collected 51,919 votes (52.33 percent) to first-term incumbentTownsend's 47,298 votes (47.67 percent).

This was probably the most heated race, with charges hurled back and forth about misleading and/or deliberately lies. In one instance, a charge that electing Townsend and Anita Carson would result in a school board majority that would be composed of left-leaning socialists.

Allen campaigned on a platform of being a positive voice, while Townsend emphasized his keeping his word, as well as being a voice for teachers and support staff, as well as his care for students. To many he was a firebrand, and to others a thorn in their side.

In the other school race, four-term incumbent Lori Cunningham easily won re-election to the District 2 seat. The race between her and her rival, teacher Anita Carson, was a much more subdued contest, and in comparison to the Allen-Townsend race, practically off the radar.

In the race for county commissioner, Neil Combee has unseated John Hall, who was vying for a third term. In the past, Combee has served as county commissioner who served four consecutive terms (before a two-term maximum was instituted which has since been expanded to three term limit). The current county commission building was named for him at one time, and Hall was one of the commissioners who voted to remove Combee's name. Combee has also served in the Florida House as well as in the U.S. House of Representatives. With no Democrat in the race, Combee wins the seat.

The unofficial tally for the District 15 seat in the House of Representatives for the GOP goes to Scott Franklin over first-term incumbent Ross Spano. Franklin was aided in great measure by an endorsement from Polk County Sheriff Grady Judd, while Spano was saddled with a charge that had violated the law regarding campaign money. Vote totals in west Polk, Hillsborough and Lake counties gave Franklin 30,514 (51.31 percent) to Spano's 28,961 (48.69 percent). Spano did worse in Polk County, with 8,664 votes (37.58 percent) to Franklin's 14,389 votes (62.42 percent). In November Franklin will face Alan Cohn, the winner of the Democratic primary, who received 20,850 (41.13 percent) votes to 16,742 (33.03 percent) for challenger Adam Hattersley and 13,096 (25.84 percent) for Jesse Philippe.

Despite being suspended from his position as an Osceola County Commissioner, Fred Hawkins coasted to victory to become the Republican nominee in the District 42 race for state representative. Polk and Osceola voters gave Hawkins 6,363 votes (46.61 percent) to beat Dianna Liebnitzky with 4,067 votes (29.79 percent), Gary Scott with 2,439 (17.87 percent) and Bienvenido "Benny" Valentin's 782 votes (5.73 percent). Hawkins was arrested for impersonating a police officer when he flashed a special deputy badge to get into a homeowner association meeting. Hawkins now will face Democrat Barbara Ann Cady in the November election.