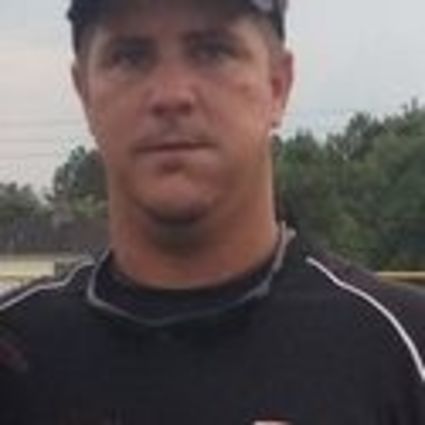 Lake Wales Police Detective Travis Worley is back on active duty after a 10-week suspension with pay. An internal investigation determined he acted unprofessionally by using profanity toward a citizen, but couldn't prove he used racial slurs. His discipline was an eight-hour suspension without pay.

The investigation by Lt. Griffin Crosby concluded that "Officer Worley used multiple profane words while in an argument with Deandre Ward. He failed to maintain professional speech in his dealings and allowed his temper to override good judgment."

The original incident occurred Feb. 22, 2016 when Worley responded to a disturbance at the Seminole Hotel on First Street. He encountered Ward, who was upset about a water cutoff and got into a verbal dispute with Worley. Officers Whitney Dukes and Michael Waldron responded to the scene to provide backup.

Dukes said after Ward said "F-ck you, cracker" that Worley responded by twice saying "F-k you, nigger" to Ward.

Dukes said she originally reported Worley's comment the next day to Sgt. William Raebig, who she said asked "did he deserve it?" When interviewed by Crosby, Raebig denied saying that or even receiving a complaint from Dukes. "That is so outrageous . . . I have never, nor would I ever put up with that type of behavior from my officers," Raebig said "I don't like that word, we've never even used it, that that, that's just disgusting. This whole thing is disgusting."

In an interview April 15 with Crosby, Ward said Worley called him a "f-king monkey" but that night did not call him "the N word." He said Worley "was calling me a monkey as like calling me a nigger," and "used curse words, but he was like, you, your fucking ass is nothing but a drug dealer."

In a taped jail call with his aunt, Ward denied changing his story and said he told Crosby that Worley "called me a nigger, he called me a black monkey too and threatened to kill me."

The issue resurfaced after Duke responded to disciplinary action against her, questioning whether the actions of some officers were ignored. Worley was suspended with pay June 5, less than a week after about 125 protesters organized by the Poor and Minority Justice Association gathered at the Lake Wales Police Department, calling for Worley to be fired for the alleged racial profiling, using racial slurs, excessive force, harassing and intimidating members of the black community. Dukes had contacted the PMJA after seeing they had complained about a Bartow Police officer who resigned after being accused of using racial slurs.

Crosby drove to Fort Gordon, Georgia for a 25-minute interview June 17 with Dukes, who was in military reserve training. Dukes offered to take a polygraph exam, but Crosby declined. In her recorded statement Dukes told Crosby she had discussed Worley's remarks with several other officers, including Lt. Michael Smith, who in his interview said he remembered Dukes telling him: "Some officers around here are using racial slurs" and "Worley called a guy on a call a nigger." Smith told Dukes to report it to her supervisor. Dukes brought up the issue again as what she claimed was an example of inequitable treatment when she was being disciplined.

"I know they were heated and they were yelling at each other. I do not remember anything derogatory being said by Officer Worley, nothing like that. He was yelling at Officer Worley and Worley was yelling back," Waldron said in his interview, acknowledging that "sometime certain cuss word have to be used to get their attention."

Worley accepted the discipline but indicated he did not accept the findings of the investigation. In a letter to Police Chief Chris Velasquez, he expressed appreciation that he had been paid during the 10-week suspension and said it had given him the opportunity make positive changes, to reflect, get closer to God and initiate a more intimate prayer life.

"By now you know the outcome of the investigation and you know I didn't do what I was accused of," Worley wrote. "The false accusation has changed me as a man and an officer. I have already made a lot of changes as an officer from where I was four years ago. Especially after the last ten weeks. I still don't understand why I was chosen to be the center point of this accusation. However, I am appreciative. I believe God has allowed me to go through this so that other officers wouldn't have to. This is the reason I am appreciative."