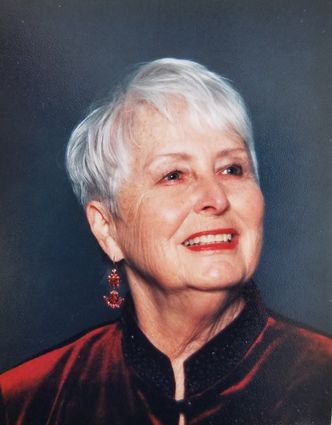 Marjorie enjoyed activities both elevated and practical with equal enthusiasm. She was as comfortable in a symphony hall, theater, or art gallery as a thrift shop, recycling center, or composting pile. She served as a volunteer usher for the Atlanta Symphony Orchestra and as a volunteer docent with Fernbank Museum.

Her great love was for her family whom she supported unconditionally with love and encouragement, buoyant humor and laughter, and with her warm hugs and engaged, dynamic presence. Every family member and most of her friends can recall one or more fun adventure, exploration, discovery, or shenanigans they had that was initiated by Marjorie.

Marjorie grew up in the idyllic Central Florida town of Lake Wales, surrounded by orange groves and lakes, embraced and enriched by its culture and close community. She was present at the dedication of The Bok Tower by President Calvin Coolidge as a babe in arms while her parents worked as volunteers for the event. Her father was owner and editor of the newspaper "The Daily Highlander."

At Lake Wales High School, Marjorie was an honor student and cheerleader. She was a member of an unsanctioned secret high school girls' social club called The Dinx, which engaged in private social affairs (and probably unreported high jinks), resulting in life-long friendships. She graduated in 1946 and went on to attend Florida State University, where she was a member of Phi Mu Sorority and majored in Geography, graduating with honors with a Bachelor of Arts Degree in 1950.

She was married to the late Charles Edward Chowning, whom she met at FSU, and they lived in Lake Wales and had four sons.

Marjorie subsequently earned her Master of Arts Degree in College Teaching with a concentration in Sociology from The University of South Florida in Tampa in 1971.

Professionally, Marjorie was a Sociologist. She served as an Instructor at Macon Junior College and a Researcher at Rutgers, The State University in New Jersey. Marjorie especially enjoyed her career as a Consultant with the Georgia Department of Community Affairs for whom she traveled the highways and byways assisting in the revitalization of small towns throughout Georgia. After retiring from the State of Georgia, Marjorie created and ran Reeds Public/Private Consulting Assistance, Inc. based upon Biblical scripture Matthew 12:20, "A bruised reed He will not break, and a smoldering wick He will not quench, until He brings justice to victory."

In 2011 Marjorie became a Provisional Sister with The Society of Saint Anna the Prophet and took vows in 2013. As a Regular Sister, or "Anna," as the women are affectionately called, AnnaMarjorie committed to structured spiritual practices which promote simplicity, creativity, and balance for Godly ageing based on the motto Percipere et Proclamare (to perceive and to proclaim). As a Regular Sister, Marjorie renewed her vows annually, attended yearly retreats, and ministered to elder women living at Wesley Woods Geriatric Center, an affiliate of Emory University.

Marjorie's cremains rested on the altar at the Society's Anna Chapter House for a period of several months this past spring and then were interred with her two sons' in the Episcopal Church of Epiphany Memorial Garden. May she rest in peace and rise in glory.

A memorial gift may be made to The Society of Saint Anna the Prophet in Marjorie's name. Please mail your contribution to SSAP, 1655 Rainier Falls Drive, Atlanta, GA 30329.