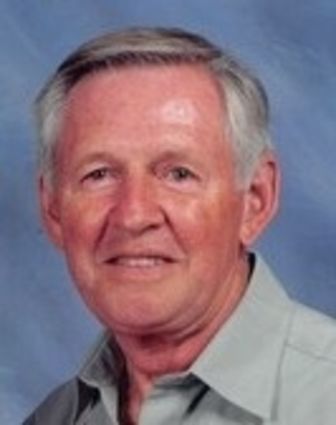 Al was born in Albion, Michigan on February 27, 1933 to Russell and Muriel Gauss. He grew up in Albion and graduated from Albion High School in 1951. He graduated Michigan State University in 1955, the first year Michigan State College became a University. Upon graduating, Al joined the Army and was on active duty for two years. He married Betsy Sturm of Deerfield, IL on Aug. 2, 1958.

During his early married life, Al was active in the Albion community. He served on the city council for two terms, being Mayor Pro Tem the last two years. He was an Albion Community Trustee for 22 years. Al spent most of his working years at Union Steel Products Company, in Albion, Michigan. He had worked in various capacities – manufacturing, design engineer, plant manager, sales personnel, and vice president of industrial relations.

Allan is survived by his wife, Betsy; daughters, Debbie Gauss of Lenexa, KS, and Donna Remenar (Rick) of Hendersonville, NC; and grandchildren, Logan Remenar of Oak Forest, IL, and Megan Remenar of Indianapolis, IN.