17-Year City Employee Has Served as Interim since June 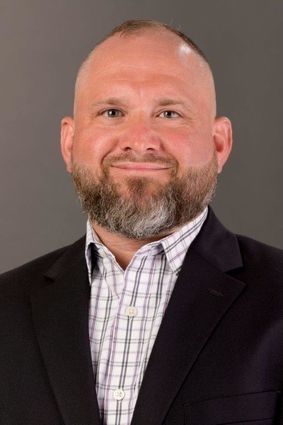 Lake Wales City Commissioners voted unanimously Tuesday, Oct. 20 to appoint James Slaton as the next city manager. Slaton has been serving as interim city manager since June 2, when Ken Fields agreed to take an early retirement.

Slaton has worked for the city for more than 17 years, most recently as deputy city manager in charge of nine departments.

Commissioners considered other options for a search and decided Slaton had proven himself during his more than four and a half months at the helm. Deputy Mayor Robin Gibson, who initially was a strong advocate of a nationwide search, made the motion to appoint Slaton.

Commissioners praised Slaton for making staff changes, especially in the Development Services Department, and implementing workshops so commissioners could work collaboratively and be more involved and informed. He has developed a dashboard with timelines, cost estimates, defined tasks and other details to keep the city's downtown redevelopment initiative on track.

"I'm a man of few words," Slaton said after the meeting. "I prefer to let my work speak for itself."

One year ago Slaton completed an intensive two-year leadership program conducted by the International City Managers Association designed to prepare graduates to be effective leaders in all areas of local government management.

"I think this is the right move. When we invest in our employees we invest in the long term," said Commissioner Curtis Gibson. "The City of Lake Wales, the people of Lake Wales have invested in Mr. Slaton, and we appreciate his service to this community."

Mayor Eugene Fultz initially wanted a six-month trial period, but acknowledged that Slaton had already proven that he is "the person who can best lead this city."

"He has done an excellent job and now we can go forward," Fultz said.

Commissioner Al Goldstein came prepared with ammunition to support Slaton's hiring, but stopped short when it became obvious the five were in agreement.

"I know he's going to exceed the expectations that I have for him," Goldstein said. "I'm looking forward to a long, good working relationship with him."

Slaton's appointment is contingent upon successful negotiation of a contract. He will be expected to move his family from South Lakeland to the greater Lake Wales area.

Slaton thanked commissioners for their confidence and assured them he would continue working hard for the betterment of Lake Wales.

"I think that Mr. Slaton has done a wonderful job moving Lake Wales forward in the best way to get better," said Commissioner Terrye Howell. She put Slaton on the spot to describe his plans to improve police and community relations, which he promised would remain a priority. Slaton said he expected continued improvement due to the police department's pursuit of accreditation, outreach into the community, appointment of a northwest community liaison, additional training and re-establishment of a police community citizen advisory board.

Slaton, 43, started work in Lake Wales in 2003 on a contract basis in Information Technology, helping administer the city's computer network. Two years later he was hired to become the city's director of information technology and network administrator.

Slaton has an associate's degree in computer network engineering and a bachelor's degree in public administration supervision and management from Polk State College. He is working toward completion of his master's in management and leadership from Western Governor's University. He completed the Senior Executive Institute at the Weldon Cooper Center for Public Service at the University of Virginia