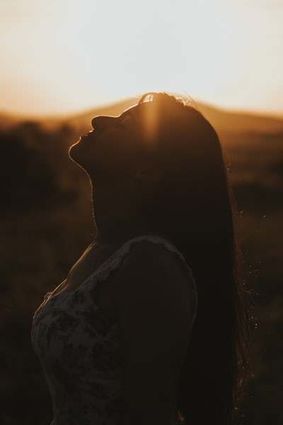 The day came for my court appearance. I sat in the room waiting for my name to be called. When it was, I stood before the judge to hear what the result of my defying the law would be. I really don't remember anything that was said until the judge announced my punishment. The judge sentenced me to 90 days incarceration; I'm pretty certain my heart skipped a few beats. Then my heart began to find its rhythm when he went on to say that he was suspending 87 days and placing me on a one-year probation. He explained that those 87 days were "on the shelf"; if I break my probation, I would serve the 87 additional days. I did not want to serve any time, not even three days, but three days seemed like a win at the time.

With those days "on the shelf" I spent the next 12 months looking over my shoulder; afraid to even jaywalk. Although I escaped the full sentence, I lived in fear for the next year.

Imagine being sentenced, not just to 90 days incarceration, but to death. Friend, that is a sentence that has been passed upon all men. The Word of God declares, "For all have sinned, and come short of the glory of God" and that the sentence for sin is death ("For the wages of sin is death..." Romans 6:23).

Thankfully, God has provided a way for those who have violated His law to be pardoned. And the best part, it is a full pardon. The ones who place their trust in Jesus Christ receive forgiveness immediately. There is no probation and no time "on the shelf." "If the Son therefore shall make you free, ye shall be free indeed." (John 8:36)

Jesus died, not for violating God's law (He was without sin) but for the sin of others. Through faith in the person and work of Jesus Christ you can receive a full pardon. And when you stand before the Judge you can do so with the full assurance that all charges against you have been settled.

Those who understand the grace and goodness of God, His giving His life for them, are moved to serve Him and avoid that for which He died... sin.