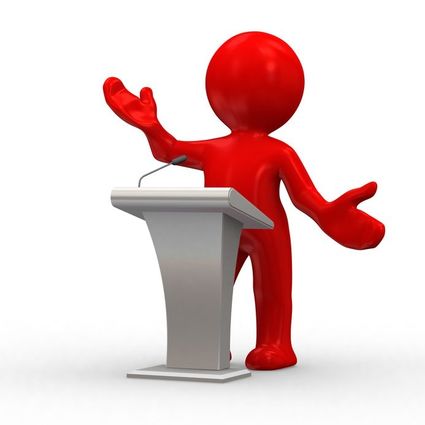 To make their meetings more "orderly and efficient," city commissioners agreed Nov. 17 to place restrictions on who can speak during the "communications and petitions" portion at the beginning of each meeting.

While Mayor Eugene Fultz asks people to address only topics related to city business, current policy allows anyone to speak for five minutes on virtually any subject. Commissioners approved a new policy that would open public comment only to citizens, taxpayers or city utility customers wanting to talk about utility services.

At the commission's Nov. 11 workshop, Fultz, who is an ordained minister, said the change could reduce presentation of a "Sunday school lesson," obviously referring to Dr. Virgil Ullom, who frequently presents his conservative, Christian views about such topics as alcohol abuse and homosexuality while proclaiming God's love for all. The policy change comes on the heels of hot debate regarding meeting invocations, which drew comments from self-described atheists from as far away as Orlando.

City Manager James Slaton said people with a need to address issues with the commission but who didn't qualify to present during communications or petitions could contact the city clerk and request an item to be placed on the official agenda for consideration.

The proposed policy says the commission solicits and welcomes comments from its citizens and taxpayers regarding agenda items. The policy also says, "The Mayor or Deputy Mayor as presiding officer may regulate irrelevant debate or disruptive behavior which might cause the meeting to drag on interminably or deny others the right to be heard on the relevant subject matter."