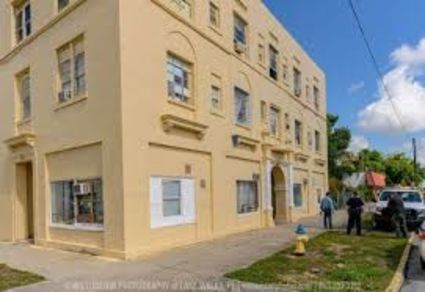 Lake Wales City commissioners in a workshop session Dec. 9 indicated support for continuing with their foreclosure action on the historic Seminole Hotel.

Only Commissioner Curtis Gibson expressed interest in holding off on the foreclosure and working with Henry Kebabjian, who purchased the hotel in August at a bargain basement price of $10,500.

"Here's the deal," Gibson said. "We want to be pro-business. We want entrepreneurs to come into our city and work with us."

But City Manager James Slaton and City Attorney Chuck Galloway recommended moving forward with the foreclosure so the city could take possession of the property.

Galloway said he is waiting for the appointment of a judge, who would be asked to enter a judgment that would allow the clerk of the courts to coordinate an online foreclosure sale. By the time of the action the city will be owed close to $300,000 in code enforcement fines that have been accruing since 2017, attorney fees, court costs and reimbursement for an environmental asbestos study.

Galloway said whatever is owed will become the city's "credit bid" for the property. Someone would have to submit a bid offering to pay a higher amount in order to be awarded the property, Galloway said. He said a new owner would be responsible for code enforcement fines of $250 per day that would start again and keep accruing until the city determined the hotel's 68 code violations had been resolved.

Deputy Mayor Robin Gibson, who chairs the city's Community Redevelopment Agency, urged his colleagues to allow the foreclosure to go forward so the city could take possession of the property, transfer it to the CRA and then consider proposals from potential development partners. Gibson said unlike the city's "fiasco" experience turning over the historic Walesbilt Hotel to a private individual with no guarantee it would be developed, the city would craft an agreement that would ensure the new owner would have adequate financing and deadlines to complete the Seminole redevelopment. He said the city could put the developer's funds in an escrow account and make reimbursements as work is complete and receipts are provided.

"Right now I own it and I'm improving it," Kebabjian said. "I'd rather have a sweet relationship with the city rather than a bitter relationship. I don't know the reason why they won't give me a chance."

Kebabjian said Deputy Mayor Gibson has a "personal vendetta" against him, based upon conflicts when they both owned properties on Stuart Avenue that were part of the same condo association.

Gibson in the past has declined to comment publicly on the condo association's legal dispute with Kebabjian. He said his interest is seeing the Seminole Hotel developed so the increase in the taxable property value can contribute to the city's CRA funds. The Seminole also is featured as an important component of the city's downtown redevelopment "Lake Wales Connected" plan, created by the Dover Kohl urban planning firm.

The hotel was shut down in 2017 as unsafe due to multiple code violations. The city's code enforcement board approved moving forward with foreclosure after recent owner Cardiff Howell of Orlando was unable to submit an acceptable renovation plan, and attempts by local developer Ray Brown to purchase the property fell through in June. Howell bought the 14,776-square-foot hotel in March 2010 for $630,000. Property appraiser records list the market value of the historic structure, built in 1929, as $101,000, a drop of $80,000 since 2017.