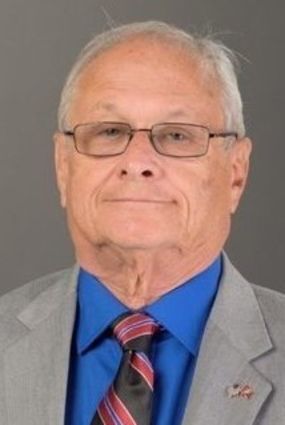 Lake Wales City Commissioner Al Goldstein has been appointed to serve on the "new and improved" Florida League of Cities' 2020-2021 Advocacy Committee.

In appointing Goldstein, FLC President Tony Ortiz said advocacy is one of the primary missions of the Florida League of Cities.

"This committee will be responsible for fulfilling the responsibilities outlined in the Advocacy Mission Statement and for developing ideas and activities that strengthen our influence with state officials," Ortiz said.

The committee will hold its first meeting Dec. 9.

"The ultimate success of the League's legislative efforts is proportional to the level of involvement of the membership in presenting and lobbying the League's priorities to the Legislature," Ortiz said, thanking Goldstein for his willingness to serve.

Goldstein chairs the FLC Land Use and Economic Development Committee and serves on the Federal Action Strike Team, which visits Washington, DC to discuss legislative issues at the national level.

Goldstein, who was elected to the city commission without opposition in April 2019, has announced plans to seek a 3-year term in the April 2021 municipal election.

The FLC Advocacy Committee's duties include but are not limited to:

• Building strong relationships with members of your state or federal legislative delegation.

• Meeting with members of your legislative delegation at least biannually to promote the FLC Legislative Action Agenda; and maintain the relationships.

• Expanding the League's legislative key contact program and recruiting other municipal officials to participate in the League's advocacy program.

• Keeping the FLC staff informed on communications and activities with legislators.

• Traveling to Tallahassee during interim legislative committee meetings or during session to advocate on behalf of the League's agenda.

• Working with FLC Staff, attend and participate on a round table discussion with a member of your state or federal delegation.

• Attend and speak at your local legislative delegation meeting.