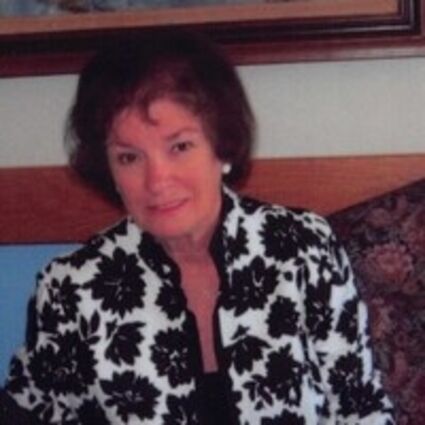 She was born February 15, 1938, in England to the late Michael and Ruby O'Reilly.

Noreen was raised in Wexford and attended college in Dublin, Ireland. She traveled extensively, starting with England to Africa, before making the U.S. her permanent home with her first husband, the late Paul Dowling. Noreen's professional career was in hospitality management; in her early career, she worked for major corporations in Florida and New York; and accepted a job managing a bed and breakfast on Nantucket Island, MA, where she met her second husband, the late Bill Haddon.

Noreen lived a well-rounded life wherever she found herself; she excelled in fashion, beauty, and ballroom dance. She was an award-winning dancer, taught and competed in New York City.

Noreen was known for being one of the kindest and most loving human beings. She loved and cared for animals and children equally; she shared her art of storytelling and set the standard for hosting many family gatherings, always making new family members feel welcomed, took the time to get to know them personally, and always supported family and friends during challenging times. Noreen will forever be remembered for her unique wit and contagious laughter, dedication to family, love of her native home (Ireland), and seeing the beauty in life.

Noreen was preceded in death by her husband, William Haddon, in 2012; sister, Sheila Mulkerns; and brother, Shane O'Reilly. She is survived by her daughters, Penny Smith of Lake Wales, and Tina (Terry) Davis of Ft. Lauderdale; son, Rory (Marlena) Dowling of Lake Wales; brother, Michael (Regina) O'Reilly of Sarasota; six grandchildren; and eight great-grandchildren and numerous nieces, nephews and cousins.

A mass will be held at 10 a.m., Wednesday, Jan. 13 at Holy Spirit Catholic Church with Father David Vargas officiating. Interment will follow at the Lake Wales Memorial Gardens.