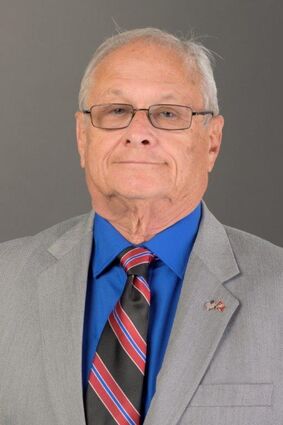 With no announced opposition to date, Lake Wales City Commissioner Al Goldstein is pulling in some heavyweight endorsements for his re-election campaign.

Goldstein was first elected in April 2019 with no opposition as the only candidate to qualify. Incumbent Tonya Stewart missed the deadline to submit the required 25 voter signatures to get on the ballot. The upcoming April 6 Municipal Election will include seven proposed city Charter amendments, Goldstein's Seat 4 and Seat 2, now held by two-term Commissioner Curtis Gibson. Qualifying runs from Feb. 15 to noon on Feb. 19.

"Al is a man of unwavering principle with a strong conservative foundation," Braswell wrote in an endorsement letter addressed to the citizens of Lake Wales. "He is an asset to the community and has shown to be a leader during his first term in office. Al is committed to his community and can be counted on to make the tough decisions required of a city commissioner."

Goldstein chairs the Florida League of Cities Land Use and Economic Development Committee and serves on the Federal Action Strike Team, which visits Washington DC to discuss legislative issues at the national level. He has worked closely with Bell and other lawmakers to advocate for Lake Wales.

Bell said she was honored to endorse Goldstein for re-election.

"He has shown strong leadership from the time he was sworn into office by hitting the ground running. He began by educating himself on the budget and the needs of the city," Bell wrote in her endorsement. "Al has been a positive voice for Lake Wales by advocating at our Capitol in Tallahassee. He is a true believer in "home rule" when elected officials from Municipalities should rule by making policy on a local level instead of the State of Florida. He is always demanding that Tallahassee Legislators do not put any unfunded mandates on municipalities."

In his endorsement of Goldstein, Judd wrote: "Commissioner Goldstein is honest and ethical. He listens to his constituents and makes decisions in the best interest of all the city residents, rather than rendering knee jerk positions out of emotion. That is why I support Al for reelection."

Goldstein said he is thankful for the endorsements from Bell, Judd and Braswell and "for all those who have supported me and the folks who didn't know or support me previously are finding out that I am a commissioner that works for all our city and will continue to do that.

"My exposure working with county commissioners, state representatives and all the FLC has been educational and has contributed to my growth as a representative of our city, and I believe it is helping guide the growth of our city."