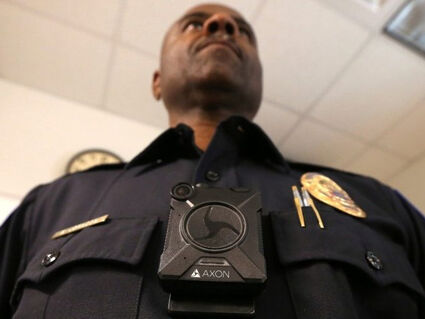 City Manager James Slaton said body cameras, other equipment, software license and storage for 32 police officers would cost about $93,350 up front and about $45,000 per year after that. He also said the police department would need to hire a technician to manage the videos to be used at trial, redact confidential information and respond to public records requests – at a cost of about $40,000 per year for salary and benefits. That would put the five-year cost for full implementation at about $475,000. After significant discussion, commissioners agreed to ask Slaton to return with costs for a pilot program.

Commissioner Terrye Howell strongly advocated for body cameras, but said she supported a pilot program possibly in higher crime areas to get started while the city looked for possible grant opportunities. She said she had spoken to police officials from Palatka, Live Oak and Lake Placid, all of whom indicated they had a "positive outlook" about body cameras, despite some being skeptical at first. She said body cameras would be cheaper than a lawsuit.

Commissioner Al Goldstein, who lives in Lake Ashton, said he had received many calls from people in his district objecting to the cost of body cameras and questioning the need, but he said he would be interested in the costs of a pilot program.

"I get it that in some neighborhoods they don't see the need to have body cameras – If it was a resolved situation we would not still be talking about what is happening in Lake Wales," said Howell, noting that successful implementation would require very specific policies requiring body cameras to be recording when officers were interacting with the public and also consequences for noncompliance.

Attorney Sara Jones said she was representing many citizens, some who were afraid to speak up, who believe body cameras are necessary to build trust and ensure police accountability and transparency. She reminded city officials that the U.S. Department of Justice has available an exhaustive research report that answers questions and contains best practices to effectively implement body cameras, which are used by more than half of all law enforcement agencies across the U.S.

Tiffany Davis, who serves on the newly re-created Citizens and Police Community Relations Advisory Board, told commissioners that based upon the citizen complaints that group is receiving she believes body cameras are needed. She encouraged commissioners to attend their meetings and to quit arguing about body cameras and just move forward with implementation.

City Commissioner Curtis Gibson stressed that he supports body cameras for the protection of officers as well as citizens. He said communities that have implemented them have reported a decrease in complaints against officers and that body camera video footage shows the whole story of an incident, when now what's often available may only be a segment taped on an individual's cell phone.

Citizen Winston Cherry told commissioners money would be better spent developing mentoring programs and building relationships in the community. Cherry said he personally shares his experience from more than 20 years ago when he was involved in a shooting, while protecting his brother, and spent three years in jail. He said parents need to be more involved and police should be partners so people can "take back our community."

Mayor Eugene Fultz said he agreed with Cherry about the need for more parent involvement and mentoring. He said he was concerned about privacy and would rather have community cameras than police body cameras.

Deputy Mayor Robin Gibson said he believes more grant funding may be made available by the new administration, which he said is expected to focus on changes in police methods, more community policing and crime prevention.

He described the law enforcement turnaround that has taken place in Camden, NJ: "The key to it was community participation on the part of the police department with the citizens who lived there. To walk around and be among the people. What they really did was transform the police from lawyer to guardian. They feel that if somebody has to be arrested for a crime that's not a success, you got 'em. That's a failure because what they work on is prevention so there is not a crime to arrest for."