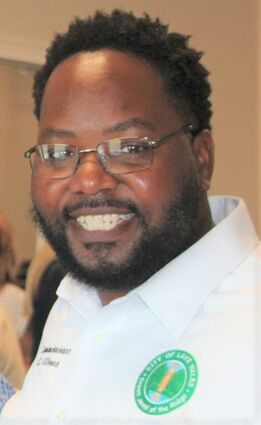 At the end of their regular meeting Jan. 19, Gibson told his fellow commissioners he wants to devote more time to family, including his infant son, complete his business administration degree and prepare for his next level of service.

Gibson said he made the decision after "prayerful consideration" and hopes people "who love Lake Wales and have a heart for service" will step up and run for the seat, which will be on the April 6 municipal ballot.

"Since I am seriously considering running for mayor in 2022, I feel it's only fair to step down this year and let someone else serve a full 3-year term," said Gibson, who was first elected to the commission in 2017 and re-elected in 2019 with more than 63 percent of the vote.

"I have worked hard these four years, advocating for more recreation opportunities, airport expansion, infrastructure improvements, home developers and business friendly policies that promote positive growth," Gibson said. "I am proud that we have kept our budget in check while reducing taxes. I am especially pleased with progress toward implementing the Dover Kohl Lake Wales Connected Plan to revitalize our downtown and northwest business district."

Gibson said that while he will step down when his replacement takes office in May, he is "not going away."

"I plan to stay active throughout our community, keep informed about city issues and continue advocating for budget and capital improvement project priorities, like a performance stage at the lake," Gibson said. "You will be hearing from me. I'll just be standing at the podium as an involved citizen instead of sitting up here."

Gibson thanked his supporters and said it has been an honor to serve the city he loves.

"The winner (of Seat 2) will be joining a fine group of commissioners, who are working to make the future of Lake Wales better and brighter for all," he said.

The April 6 municipal ballot will include seven proposed city charter amendments, Gibson's former Seat 2 and Seat 4, now held by first-term Commissioner Al Goldstein, who is seeking re-election. People must live within the district they seek to serve, but are elected citywide. Qualifying for the seats begins Feb. 15 and closes at noon on Friday, Feb. 19. Information about running and a district map are available through the city clerk, who can be emailed at [email protected]